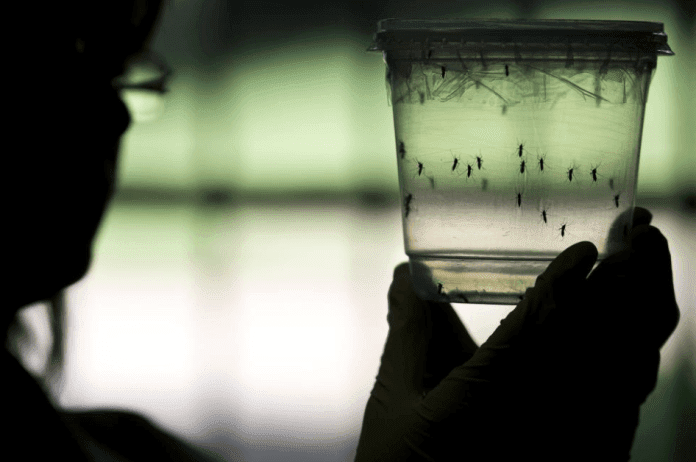 Health Minister Dr Kenneth Darroux Tuesday confirmed the first case of the mosquito-borne Zika virus saying that the patient “does not have any history of travelling outside of Dominica.

In a statement, Dr Darroux said that the patient has since recovered “and all immediate contacts have so far been deemed healthy.

“To date, a total of 13 samples have been tested for Zika virus with only one being positive,” he said, telling citizens “there is no need for alarm”.

Since the first case of the virus was recorded in 2015, it has steadily spread to 36 countries in the Americas and the Caribbean including Barbados, Trinidad and Tobago, Jamaica as well as Guyana and Suriname.

Experts at the World Health Organization (WHO) strongly suspect a relationship between Zika infection during pregnancy and microcephaly as well as the neurological disorders Guillain-Barre Syndrome, Meningoencephalitis, among others.

Microcephaly is a rare condition where a baby’s head circumference is less than expected based on the average for their age and sex and Guillain-Barré syndrome (GBS) is a sickness of the nervous system in which a person’s own immune system damages the nerve cells, causing muscle weakness, and sometimes, paralysis.

Although the Zika virus disease is mainly transmitted by the Aedes aegypti mosquito, a number of other transmission modes are still under investigation, such as sexual transmission. People with Zika virus disease usually have a mild fever, skin rash, and conjunctivitis, which usually lasts for between two to seven days.

Dr Darroux said that Dominica has made an all-out effort to prevent the appearance and spread of the disease and that the Ministry of Health, in collaboration with other non-health sectors, has formulated a National Zika Plan which will provide guidance on the actions to be taken.

“We will continue to closely follow the course of this disease, now that it has made an appearance here… and we are committed to continue doing everything possible to curb the threat of this new dreaded illness.”