The truth behind 2 popular ‘health’ foods 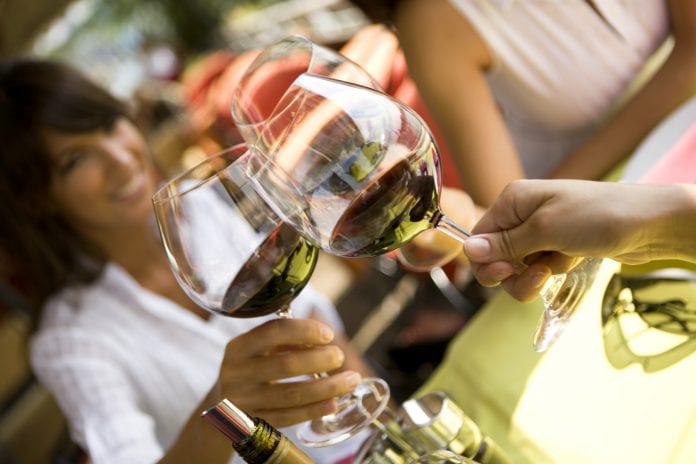 The truth behind 2 popular ‘health’ foods

Did you dance in delight the first time you heard that dark chocolate is good for you? Did you think that your favorite indulgence just became an official “health food?” Popular culture often makes too much of health benefit claims, especially when it comes to food and drink that many people consider guilty pleasures. It’s important to understand it’s not always the item itself, but certain components in it that have potential health benefits.

Here is the truth behind two common pop-culture myths:

Dark chocolate is good for you

Wouldn’t it be great if every time you bit into your favorite chocolate treat or candy bar you were actually doing something healthful?

Unfortunately, it’s not the chocolate itself that’s healthy. It’s the cocoa flavanols that are found in cocoa beans that are actually thought to be healthful. Numerous studies have demonstrated that cocoa flavanols help to support your health by promoting healthy blood flow.

Consuming your favorite chocolate bar may make you feel happy, but chocolate also contains a lot of things you don’t need too much in your diet, like calories, fat and sugar. Plus, the traditional process of turning cocoa beans into chocolate destroys most of the cocoa flavanols, leaving chocolate tasty but without its original good stuff.

Taking a daily supplement that contains cocoa flavanols, such as CocoaVia(R) supplement, is a more sensible way to tap the potential health benefits of cocoa flavanols. The supplement comes in two forms – capsules and powdered stick packs that you can mix into the food or beverage of your choice.

The Food and Drug Administration has not evaluated these claims, nor is the product intended to diagnose, treat, cure or prevent any disease. Visit Cocoavia.com to learn more.

Red wine’s claim to fame is largely tied to the presence of a powerful compound, called resveratrol, in the skin of grapes. Population studies have shown that individuals who include wine in their regular diet have better overall cardiovascular health, a benefit that may be related to wine’s resveratrol content.

Red wine typically contains some resveratrol, but not much. You would have to drink a lot of wine for many years to get enough resveratrol into your system to see any benefits from it. However, red wine contains calories and alcohol, making it an occasional treat.

But luckily red wine is not the only source of resveratrol. If you would like to increase your resveratrol intake, you can more of other things that contain it, such as peanuts, pistachios, blueberries, cranberries and, yes, grapes! These foods are also rich in other beneficial nutrients, including vitamins, minerals and fiber!

It’s human nature to wish everything you love to eat and drink would also be healthful. And while there’s no denying that a piece of chocolate or glass of red wine can be spiritually satisfying, the reality is a balanced diet, rich in fruit, vegetables, whole grains, dairy and lean protein sources according to the USDA’s dietary guidelines, will always be best for your body.