Over 600,000 Floridians have signed up for health coverage through the federal exchange, again giving the Sunshine State the highest enrollment numbers in the nation. This surge is thanks in no small part to the booming cottage industry of brokers growing around the new federal health insurance market.

Brokers specializing in federal exchange plans are now selling insurance on behalf of multiple companies. Most have enjoyed brisk business, earning commissions ranging from six to eight percent on insurance plans they sell. Becoming a federal broker is also accessible. A licensed insurance agent in health and life policies would only need to take a free test on Healthcare.gov to become a federal policy broker.

It’s certainly been busy for broker Ray Allan, who represents six insurance companies and has seen a flood of demands since the enrollment season began on November 21.

“I’m really grateful for the federal exchange site,” says Allan. “It has opened the door for brokers like me.”

Compared to the past, federal insurance brokers prove particularly essential under the new system, says Allan, because “some people are overwhelmed by the intricacies involved in signing up for health-plans on the federal site. Others don’t have access to the internet, and some with internet access don’t have time or patience to directly apply for plans on Healthcare.gov. This is where the brokers step in.”

Formerly retired health insurance manager Martin David saw the writing on the wall, and quickly formed an outfit. Now he has a thriving Miami brokerage with several agents, and since Nov 1, his firm has signed up almost a thousand people, and processing roughly110 applications weekly. With the new law seeking to insure every qualified American, David knew the demand for plans would create a spill-over for brokers.

“Some brokers felt Obamacare would kill business for them because of healthcare.gov, but I encouraged them,” recalls David. “Now more people are using brokers to purchase health insurance than ever.”

The combination of a big market, floating federal funds and corporate commission incentives have brought up questions about potential abuse – where brokers would be encouraged to persuade clients to plans that may not be the best for them in order to get a payout.

But despite this, David see the broker’s role as crucial support, functioning as “key intermediaries between the healthcare.gov and consumers.”

“A strong advantage brokers provide is assisting consumers to get the best plans through the tax subsidy system,” says David. “Some people were frustrated because they found premiums for some plans on healthcare.gov too expensive, not knowing they qualified for the tax rebate, and comparatively lower premiums.” 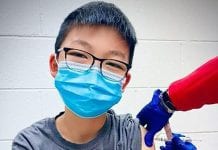