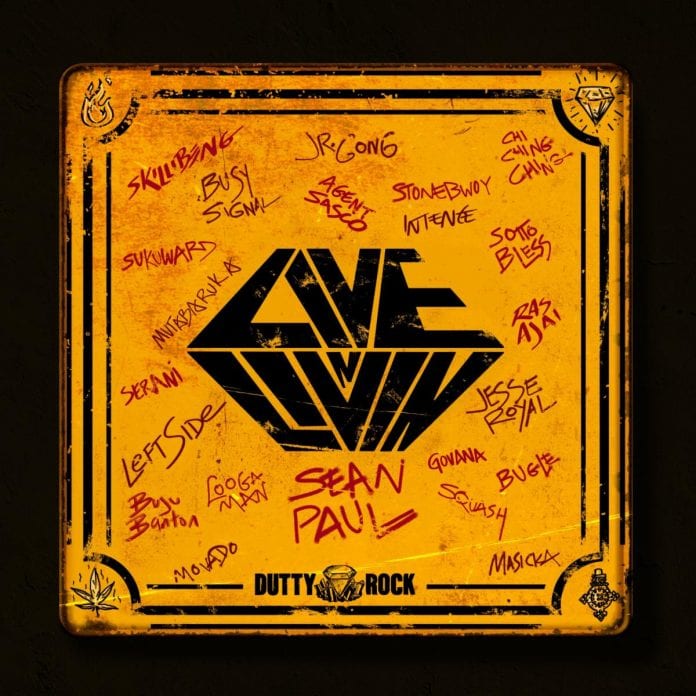 The album was inspired by the perception of members of the music industry that dancehall is dead, instead, Sean Paul believes dancehall is alive and well, with a strong pulse. Looking to show the world that dancehall is flourishing and still birthing stars, ‘Live N Livin’ showcase over twenty artists on one body of work.

Dancehall has recorded tremendous success over the years, with amazing fusion offered by the likes of Rihanna, Justin Bieber, Sam Smith, and genres like Reggaeton and Afro Beats. The genre has continued to impact the world and Sean aims to highlight the significance of dancehall while collaborating with different talented artists.

“It was important to me to show that in our genre of dancehall, we don’t need to clash in order to attain the spotlight. We don’t need to divide our fans to attain the rotations on the airwaves or streams. Over the years myself, Shaggy, and more recently Koffee, Shenseea and others are tapping into the world stage and we are not clashing our co-workers, nor are we dividing our fans. This album ‘Live N Livin’ is an album I hold very dear to my heart because it shows the effort of collaboration over confrontation,” said Sean Paul.

‘Live N Livin’ is set to be released on March 12, 2021 executively produced by Sean Paul’s label Dutty Rock Productions and distributed by ONErpm.

The album has seen a few releases over the past few months, including the recently dropped “Real Steel,” featuring Intence. “Boom,” featuring Busy Signal, is another single off the album, to be released on Thursday, March 4th.