Constitutional Amendment proposed to make healthcare a right in Florida 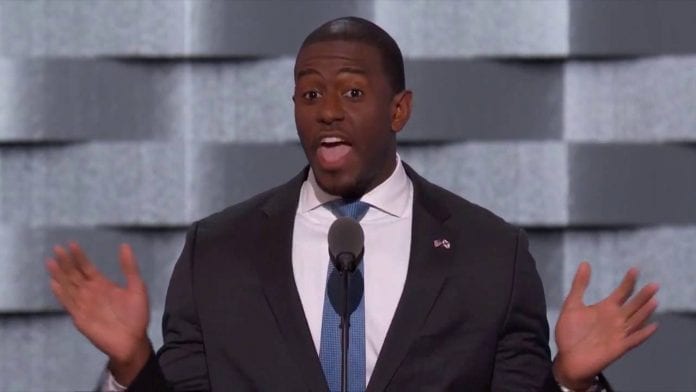 On Tuesday, Tallassee Mayor Andrew Gillum, who is also seeking to be the first African-American governor of Florida, proposed a constitutional amendment making affordable healthcare a fundamental right of all Floridians.

Gillum plans to place the amendment before Florida’s voters statewide, and direct the Florida Legislature to make securing Floridians’ right to healthcare a top priority.  He said he decided to propose the amendment because access to affordable healthcare for 2 million Floridians is threatened by the healthcare bill proposed by Republicans in the US Congress. Moreover, 800,000 more Floridians are also negatively impacted by  Governor Rick Scott’s failure to expand Medicaid.

Last week, Gillum also postponed a state law to protect women’s access to no-cost contraception. Previously, he outlined plans to pass and sign the nation’s strongest legislation to ensure coverage for those with pre-existing conditions, and to ban insurers from charging women more than men for coverage.

“It’s time for Florida to finally enshrine healthcare as a right for all. There is a public trust for the government to care for its citizens, and our state can no longer be ambiguous about that moral obligation. When healthcare is under attack in Washington, we’re going to lean into the challenge of healthcare in the Sunshine State and live our values,” Gillum said.

“Every day, I see patients who are terrified of losing their health coverage and their care, because of politics,” said Dr. Shrearest Crenshaw, a family medicine physician in Parkland, Broward County. “We guarantee the right to speak, to worship, and to the courts. As a physician, I believe it equally important that our Constitution guarantee the right to affordable healthcare that Floridians deserve.”

The draft text of the proposed constitutional amendment, reads:

The following language shall be added to Article I of the Florida Constitution:

Affordable health care is a fundamental right of all Floridians. In weighing priorities and allocating available resources, the Legislature shall afford the highest consideration to securing this right.

BALLOT SUMMARY: Adds a new section to Article I of the Florida Constitution. Declares that affordable health care is a fundamental right of all Floridians. Directs the Legislature, in weighing priorities and allocating available resources, to afford the highest consideration to securing the right.