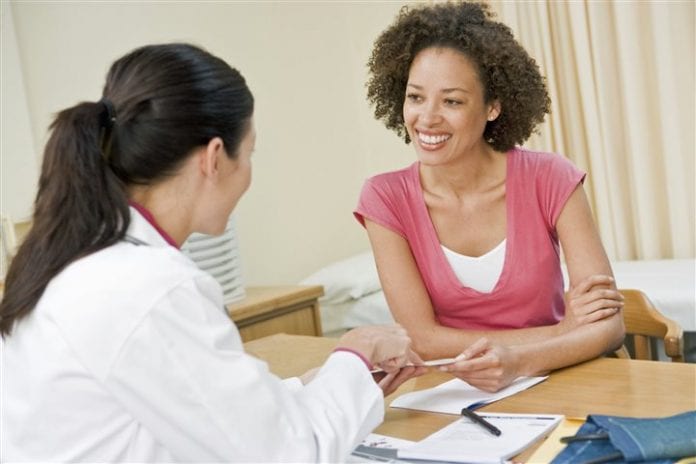 Five Reasons For Women To Take Charge of Their Reproductive Health

There are many options when it comes to female reproductive health choices. These are very personal decisions; however, input from your partner and health care provider is paramount. Here is some important information to keep in mind as you speak with your healthcare provider and consider what might be right for you.

Trends in contraception in the United States, who knew?

Approximately 43 million (70 percent) of U.S. women in their childbearing years are at risk of unintended pregnancy. Research shows, however, that the percentage of women who use birth control has grown substantially.

While the pill remains the most common form of reversible birth control for women in the United States, the intrauterine device (IUD) has become increasingly popular, especially for women ages 25-34. In fact, recent data from the U.S. Centers for Disease Control (CDC) and Prevention’s National Center for Health Statistics (NCHS) show women are using long acting reversible contraceptives (LARCs) like IUDs and implants significantly more than they have in the past.

Women may choose to delay childbearing to have more time to achieve personal and professional goals. And generally the less you have to do, the more effective the birth control method tends to be.

“It is important to know how well contraceptive methods work. Only abstinence is 100 percent effective. The American Congress of Obstetricians and Gynecologists (ACOG) considers long-acting reversible contraception, like IUDs and implants, to be among the most effective methods available” explains Alyssa Dweck, an OB/GYN in Westchester, New York. “Women should talk to their health care provider about the best option for them.”

STIs can result in uncomfortable symptoms and can lead to a serious pelvic infection called pelvic inflammatory disease (PID) and infertility. While nothing is 100 percent preventative, barrier methods of contraception, specifically condoms, are the best way to protect against STIs. Keep in mind that certain infections like the human papilloma virus (HPV), which can cause genital warts or cervical cancer, are transmitted via skin-to-skin contact, so condoms are not 100 percent protective. Herpes as well as other STIs can be transmitted during oral sex. One caveat that deserves mention: Don’t use an IUD like Skyla or Mirena if you have an active vaginal or pelvic infection or get infections easily. Some Mirena and Skyla users can get PID (less than 1 percent). More serious cases of PID may require surgery. A hysterectomy is sometimes needed. In rare cases, infections that start as PID can even cause death.

Skyla and Mirena do not protect against HIV or STDs.

It’s important to keep age in mind when considering reproductive decisions since fertility in women naturally declines with advancing age, specifically from age 35 and most notably after 40. Ideal intended family size should be taken into consideration as well. Your health care provider can offer blood testing to evaluate your ovarian reserve as age advances.

Contraception has never been more accessible

Access to contraception is now easier than ever. Online and print education is abundant. In addition, under the Affordable Care Act (ACA), most women in the U.S. with insurance can access prescription contraception at no cost. CoverHer.org, run by the National Women’s Law Center, provides assistance determining individual coverage. Moreover, many companies offer patient assistance programs for eligible women, including the ARCH program from Bayer for SkylaÂ® and MirenaÂ®.

Skyla is a hormone-releasing intrauterine device (IUD) indicated for the prevention of pregnancy for up to 3 years.

Mirena is a hormone-releasing intrauterine device (IUD) placed in your uterus to prevent pregnancy for as long as you want to for up to 5 years. Mirena also treats heavy periods in women who choose intrauterine contraception. Mirena is recommended for women who have had a child.

Ocho Rios Gets Some 6,000 Cruise Passengers This Week