10 signs you may have a bleeding disorder 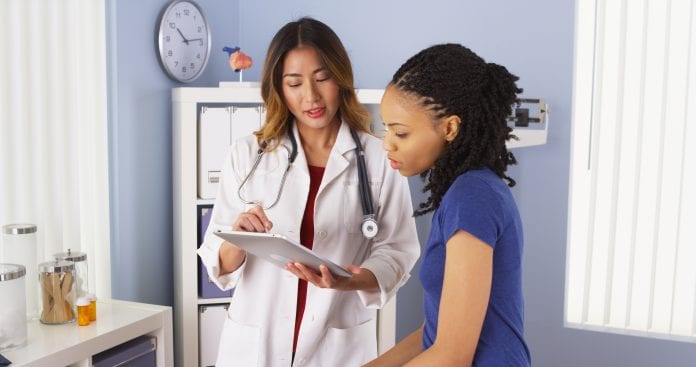 Are you at risk for a bleeding disorder?

Harley Noffsinger was a typical kid who liked to play outside and stay active. When she was 7, everything changed. She got a nose bleed, but unlike most people’s experiences, her bleeding wouldn’t stop. It lasted 90 minutes.

Noffsinger’s parents brought her to the emergency room at the nearest hospital, where she was diagnosed with von Willebrand Disease (VWD). Like most Americans, neither Harley, nor her parents, had ever heard of VWD, and had no family history of it. Still, VWD is the most common inherited bleeding disorder, affecting about 1 percent of the U.S. population, or more than 3 million people. According to the National Hemophilia Foundation (NHF), like hemophilia, VWD can prevent the blood from clotting normally. VWD can result in extended bleeding after injury, surgery or trauma, and, in severe cases, can be fatal if not treated effectively.

“Harley was fortunate that she was diagnosed so early because, according to the Centers for Disease Control, it takes an average of 16 years from the onset of bleeding symptoms for a woman to be diagnosed with VWD,” said Dr. Robert Sidonio, Jr., a pediatric hematologist-oncologist at the Aflac Cancer and Blood Disorders Center in Atlanta, Georgia. He is a consultant to NHF.

While VWD occurs equally in women and men, women are more likely to experience its symptoms because of the increased bleeding it causes during their menstrual periods, during pregnancy and after childbirth. Menstrual bleeding that lasts more than seven days is considered heavy and heavy menstrual bleeding – a period with excessively heavy flow – affects one in five American women of reproductive age, or nearly 10 million women. In fact, having a bleeding disorder can be an underlying cause of heavy menstrual bleeding. Besides VWD, women can have other bleeding disorders, such as hemophilia or rare factor deficiencies.

Over time, many women simply get used to having a heavy period. They may think it’s normal because female relatives have similar experiences. However, for some women, an undiagnosed bleeding disorder may be the cause of their heavy flows and, because it’s hereditary, multiple family members may also be undiagnosed.

Now age 22, Noffsinger experiences heavy periods. Before using a menstrual cup, she would have to check every 30 minutes to change her tampon or pad. “I was worried constantly that I was bleeding through,” she said. “I see light pads and light tampons in stores and I get so jealous because I have to use these ginormous things.”

Having heavy periods is one, but not the only symptom of a bleeding disorder, according to a new public service campaign called “Better You Know,“ created by NHF as part of a cooperative agreement with the Centers for Disease Control and Prevention (CDC) to raise awareness of bleeding disorders. The centerpiece of the campaign is www.BetterYouKnow.org, a website featuring a confidential, multiple-choice online questionnaire and other tools to help you determine whether you are at risk for a bleeding disorder and the next steps you can take to seek care.

According to Dr. Sidonio, you should speak to your health care provider if you’ve experienced one or more of the following 10 signs and symptoms of bleeding disorders:

1. Told you are “low in iron” or have been treated for anemia.

3. Experienced prolonged bleeding from the gums after a dental procedure.

4. Have heavy menstrual bleeding (having to change one pad or tampon every hour).

6. Have frequent nosebleeds that last longer than 10 minutes.

7. Have bleeding from cuts or injuries that lasts longer than 10 minutes.

8. Bruise easily, with bruises that are raised and larger than a quarter.

10. Have someone in your family who has one or more of these symptoms, or a family member who has been diagnosed with a bleeding disorder such as VWD or hemophilia.

If you receive a bleeding disorder diagnosis, remember it can be managed. For Noffsinger, whose story is featured on www.BetterYouKnow.org, having VWD has not prevented her from living life fully. Her future plans include having children, travel and more. Knowing her body and what to expect with bleeding has helped Noffsinger gain confidence to live fully.

“If you don’t know what’s going on and you have a period that lasts for three weeks and you’re freaking out and think you’re dying, you’re going to go to the hospital,” said Noffsinger. “But if you know you’re going to bleed for three weeks and it’s going to go away, you can relax and have a calm state of mind about it. That’s why I’m doing all I can to spread the word about BetterYouKnow.org. I want everyone to know that, if you have a bleeding disorder, your life can be better if you know about it, and seek care and treatment.”