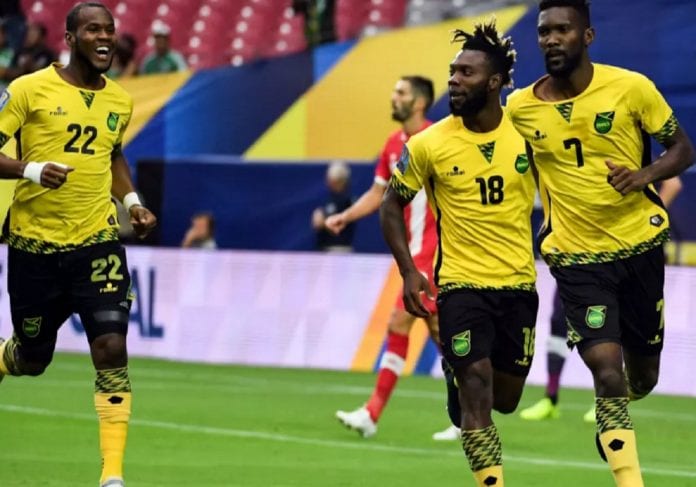 Unlike a week ago when the Jamaica Football Federation and its senior Reggae Boyz appeared miles apart, news emerging this week suggest that they are now closer than ever to a settlement in their negotiations over appearance fees and other emoluments relating to their services on international duties.

For those who might have forgotten, negotiations broke down at an early stage last week after reports emerged that the players, through their attorney, had tendered the first request for appearance fees of US$7,000 for each of the 14 FIFA World Cup qualifying games, besides, to win and draw bonuses.

They had also asked for other exorbitant amounts for Nations League and friendly internationals, plus 75 percent of any earnings from FIFA for qualifying for the World Cup Finals.

The JFF had offered US$2,000 for appearance fees plus additional sums in bonuses for a win and draw results.

This opening salvo was never going to fly with the JFF or any other respectable governing body for that matter.

It was just unsustainable and suicidal for a company with many national teams to provide for that is mired in almost J$300 million in debt.

Reggae Boyz captain Andre Blake has repeatedly stated on numerous media platforms, that the players have now reached a position where they don’t trust the JFF, and that they believe there is a lack of respect from administrators toward them.

Even then, it is understood that the players are now asking for appearance fees of US$3,000 for each of the World Cup qualifiers, plus win and draw bonuses, in addition to 50 percent of any earning from FIFA.

Head of the JFF Technical Committee Rudolph Speid, who is also one of the members of the JFF’s negotiating team alongside former Cricket West Indies president Dave Cameron, confirmed to a Jamaican television channel earlier this week that the players had softened their stance and the federation would take another look at their proposal.

“The players made a late submission to us yesterday (Monday). They are our players, we are not enemies, so we want to have a peaceful resolution,” Speid told the TV network.

“…We are willing to listen to the players and we are going to be meeting with them again.”

Outside of the World Cup qualifiers, which kick off in September, the Reggae Boyz are down to contest the CONCACAF Gold Cup in the summer, and Blake’s statement regarding the players’ mistrust of the JFF leadership cannot and should not go unnoticed.

For any relationship to survive, there has to be trust, and no Band-Aid treatment will cure this problem. There has got to be an honest and frank discussion by both sides in the pursuit of mutual respect.

And cannot be faulted to assume that at the core of that mistrust is the limited or total lack of transparency, because the JFF has said that it had presented audited financials to the players ahead of the negotiations.

The senior men’s team is the primary source of funding for the JFF and the players ought to be treated with the utmost respect. But that respect is a two-way street. It has to go the other way.

From where I stand, for wounds to heal, and they must if the program is to succeed and the team qualifies for Qatar next year, then there has got to be an atmosphere of inclusiveness where the players are kept in the loop as it pertains to the business aspects of the football.

The JFF can come out of this messy affair as the big winners, and leaders, by co-opting a players’ representative to their finance committee, so that the players can be confident that they are indeed in the know where the federation is concerned.

That way they would never have even contemplated such outrageous appearance fees, and they would be less selfish and more sympathetic to the needs of the many other teams of both genders.

What if the Reggae Girlz and the other teams started to make outlandish claims for appearance fees and other emoluments.

The administrators ought to be reminded that they work for the players, all players, and both administrators and players should bear in mind that the sport of football belongs to the people of Jamaica and not an exclusive right to any of them.

The majority of football pundits believe that the quality is there for Jamaica to make a serious bid to repeat the success of 1998, but good sense must prevail and all parties must pull in the same direction.

Trinidad and Tobago in “Critical Crisis” as COVID Cases Soar

Jamaica Gets 100,000 Doses of Sinopharm COVID-19 Vaccine from China

Trinidad and Tobago in “Critical Crisis” as COVID Cases Soar

Jamaica Gets 100,000 Doses of Sinopharm COVID-19 Vaccine from China