Just days after the historic Iron Market was destroyed by fire, fire fighters had to battle yet another blaze on Sunday that destroyed sections of a clothing market in the capital – Port au Prince.

According to officials, the fire started early Sunday at the market known as the “old customs market”, however there were no reports of deaths as the facility is closed on Sundays.

This was the third fire to destroy sections of the old customs market in less than a decade.

The cause of the fire is not yet known.

Sunday’s incident occurred less than a week after the Marche en Fer or Iron Market, market was destroyed by fire.

In the aftermath of the blaze at the Iron Market, President Jovenel Moise said an investigation would be launched, but so for no report has been released. 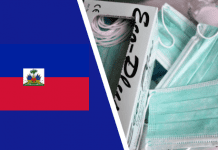 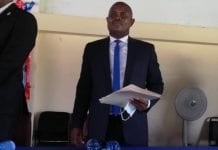