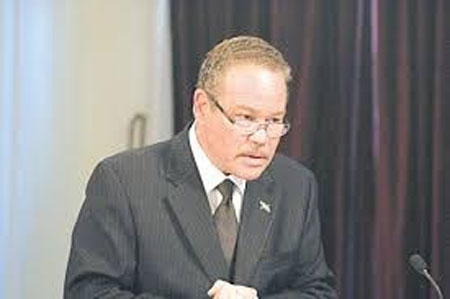 The Government of The Bahamas has announced plans to amend the Bahamas Nationality Act and the Status of Children Act in the wake of concerns related to the manner in which citizenship is granted.

The Attorney General, in a recent statement said the measures follows concerns raised by Prime Minister Dr Hubert Minnis who said that the policy––granting automatic citizenship to children born abroad to Bahamian women –would do nothing to help some children born to unwed Bahamian fathers.

Under present law, the child of an unwed Bahamian man and a foreign woman is not an automatic Bahamian citizen. The child would have to apply for citizenship after reaching the age of 18.

The issue was the third question put to Bahamians in last year’s Constitutional referendum.

However, it was rejected, with 28,246 people voting yes to changing the Constitution to give an unwed Bahamian father the same right that a Bahamian woman has to pass citizenship to a child born in or out of wedlock. However, 54,890 people voting no.

Change in Nationality Act to be challenged

Attorney and juvenile rights advocate, Tavarrie Smith, told the Tribune newspaper that he would challenge any discriminatory change to the Bahamas Nationality Act on behalf of his clients.

“I represent a number of young men who lack proper status here in the Bahamas because their mothers are of Haitian descent or from Turks and Caicos, despite the fact that their father is a natural born Bahamian. In one instance, the father is the sole surviving parent because the mother has passed away and he is often met with difficulties regarding his children status,” he said.

The Christie administration made amending the Status of Children Act conditional on the passing of the third constitutional amendment bill in last year’s referendum.”

In response, chairman of the main opposition Progressive Liberal Party (PLP) Chairman Fred Mitchell was quoted as saying that  the plans run contrary of legal principles.

“There is a principle in law I thought that you cannot amend the Constitution through stealth or the back door,” he said. “It would seem again that what they propose will run afoul of that. As I indicated right now, Section 6 of the Bahamas Nationality Act gives the minister the power to give citizenship to any child. So there is no need to do anything other than improve the administrative procedures,” Mitchell told the Tribune.

For more on citizenship changes in the Caribbean, click the link: Antigua and Barbuda citizenship price reduced.