Born, Anthony Moses Davis, Beenie Man has arguably been a “Moses” for Jamaica’s dancehall industry, charting a path of greatness for others to follow.

His career as a dancehall artiste started in 1981 when he was only eight years old and won the Tastee Talent Contest. Barry G, a local radio DJ, connected the young Davis to sound system operators and he later became known by the moniker, Beenie Man.

At the Shocking Vibes studio, Beenie Man continued to make songs with moderate success but in 1993, he solidified his name and reputation in Jamaica’s dancehall music with his single Matie. It was his first number one record in Jamaica. That same year, he took home the first of eight straight DJ of the Year Awards.

1997 was another breakthrough year for Beenie Man in both the UK and the US, when his and Chevelle Franklin’s Dance Hall Queen rocketed up the British charts, while its follow-up, Who Am I, was certified gold and reached number 15 on the Billboard R&B chart. At the same time, Beenie Man was topping the Jamaican singles charts as a certified king of the dancehall.

It is almost impossible to write about Beenie Man without recognizing his lyrical friend and musical nemesis, Bounty Killer. Together, they took the title for the Best Verzuz battle, an American music webcast series introduced during COVID-19.

Their Verzuz musical clash, streamed live on Instagram, was reminiscent of their age-old rivalry. Of particular note is when they both lyrically faced off to settle the matter on the Guns Out album, released in 1994.

Bounty Killer’s (Rodney Basil Price) introduction to music followed a different path. He grew up in a musical household with his father who owned a sound system. No doubt influenced by this, Bounty Killer started doing DJ gigs in his teens. In the 1990s he switched to recording music releasing his first tune, Coppershot through the King Jammy’s Studio in Kingston.

Price later founded his own record label, Scare Dem Productions, and Priceless Records and throughout the 1990s, he provided vocals for numerous Jamaican producers and companies. Some of his most well-known earlier recorded songs are Book, Book, Book, Babylon System, Defend the Poor, and Down in the Ghetto.

As he was releasing hit after hit, his international popularity grew giving Bounty Killer the opportunity to collaborate with musicians like Busta Rhymes, The Fugees, and veteran reggae stars, Dennis Brown and Barrington Levy in a defining musical 20-track double album titled My Xperience, released in 1996.

Bounty Killer’s influence as a maverick in the local and international music industry was recognized when his early 2000s music album, The Mystery, was nominated at the Grammy’s for Best Reggae Album. Price has been intentional about using his influence to help several emerging and now popular artistes find their place in dancehall. His latest collaboration is with rising star, Michael Star in the latest single “7 o’clock, that came out last week. 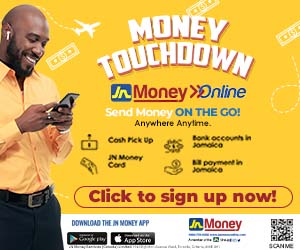