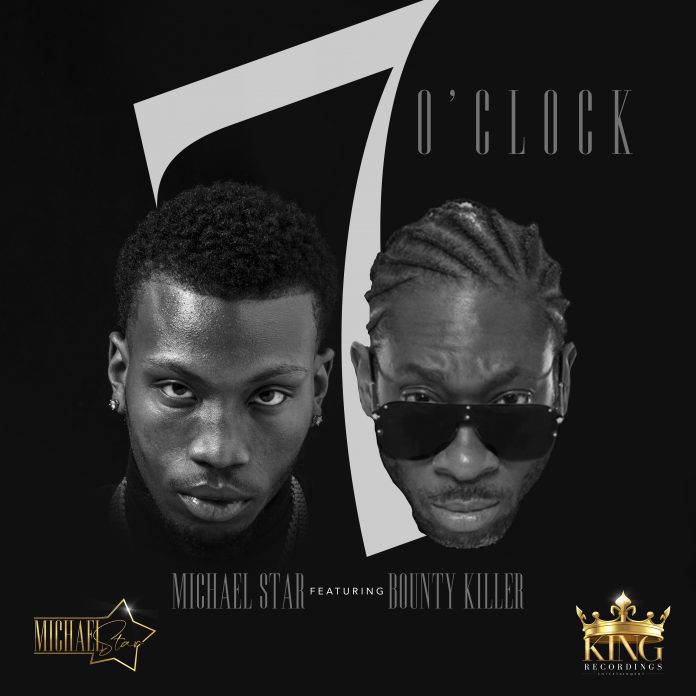 Written by Michael Star, with Bounty Killer’s verses written by Bounty Killer and Matthew Thompson; “7 o’clock” was produced by Ricky Myrie and Dr. Basil “King” Beale of King Recordings Entertainment. The infectious track is reggae/dancehall perfection, filled with true music emotion and feeling to the soul. “7 o’clock is the perfect broken-heart-healing-record that gives permission to grieve love lost, start over, and love again.

“The inspiration for “7 o’clock” came about from me seeing others go through an emotional breakup and how it affected them,” says Michael Star on his second single. “Life is so unpredictable and oftentimes, we forget that it’s okay to grieve, it’s okay to start over, and it’s okay to fall in love. This song is a reminder that no relationship is perfect, nor are we as human beings, the exception.”

As the son of iconic Jamaican singer, Mikey Spice, Michael Star is no stranger to the dancehall scene, with his musical roots ingrained deep since 2014. The New York-bred singing talent, currently residing in Atlanta, is not only known for his melodic vocals, but also his impressive dance moves, heavily inspired and reminiscent of Chris Brown and the late great Michael Jackson. From opening for massive acts such as Wayne Wonder and Beres Hammond, Star continues to perfect his craft, which is indicated in his hit new single, “7 o’clock” featuring the legendary Bounty Killer.

“The day that Bankey sent me the song, I knew instantly that I wanted to be a part of it.” says dancehall phenomenon Bounty Killer. “7 o’clock has a message that I can relate to because of some of my own life experiences.”

“I am so honored that Bounty Killer agreed to appear on the track,” says Michael Star on working with his favorite dancehall artist. “I grew up listening to Bounty Killer, he is a living legend. This is a true dream come true for me.,” the multifaceted artist muses.

“I was excited because I’ve watched Bounty Killer’s performances to learn more about dancehall and how it all originated. It’s not often that a Dancehall Legend takes time out of his busy schedule to listen to an upcoming artist’s music, and actually like it! So right now, I’m on cloud nine, and I am still absorbing the moment.”

“7 o’clock” by Michael Star featuring Bounty Killer is now available on all digital platforms, and the video will be released in the coming months.