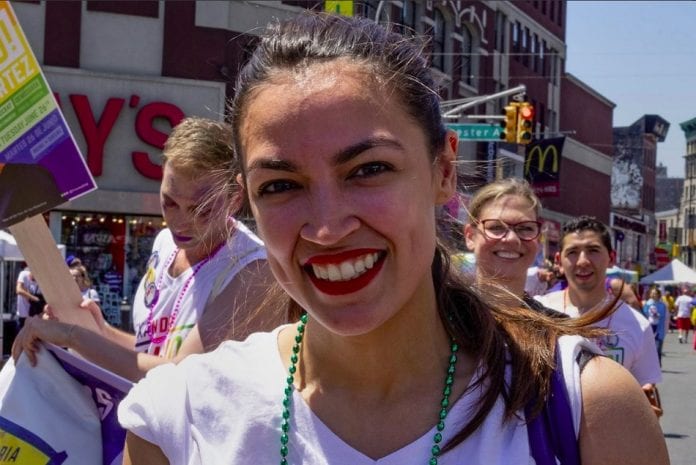 These labels were applied to Barack Obama, Bernie Sanders and other Democrats before.

America is said to be a country with a very unbalanced scale; where most of the population struggle financially to provide themselves and/or their family with basic necessities like healthcare.

On the other hand, there’s an extremely financially well-off minority who enjoy, several times over, the benefits and privileges of that of the vast majority by way of traveling a different social path.

No need for labels

However, there is no need to place a label on those are wealthy or those who seek to improve the lot of the majority. Providing the means for everyone in a community to have adequate access to the socio-economic benefits can make for a better society.

Policies of social equality not evil

To the north of the United States, Canada provides these benefits, but Canada nor its government is not branded socialist. The United Kingdom, a traditional ally, also has Democratic Socialist policies that provide access to social benefits such as free education and good health care for most of the British society.

These are countries with a social conscience, who are convinced a basic restructuring of the distribution of the income within the society can improve the lot of millions who simply cannot afford to provide for themselves or their families.

In a perfect society, a Utopia, the more well-off in that society would create a system to provide necessary social benefits to those less off. But Utopias are the stuff of dreams.

It has been the tradition of Democrats and the governments they form, to seek to provide these necessary benefits.

However, some Democrats may seek a more radical approach, wanting to impose more taxes on the well-off to provide more benefits to more people. These radical Democrats like Mr. Sanders and the young Ms. Ocasio-Cortez are not looked at like our Canadian neighbors or the British ally, but instead like plain socialists who want to pull the foundation from under the privileged class.

A socially-equal society can only be created by a government strong and bold enough to strive to provide the social and economic benefits such as education; that in many ways can only make us a better nation.

There are definite signs of more youthful, brash energetic politicians like Alexandria Ocasio-Cortez and Ben Jealous of Maryland, who are willing to influence the creation of such a government.

But, if this new breed of politicians is committed to providing social justice, it will take a lot because they certainly have a long road ahead.