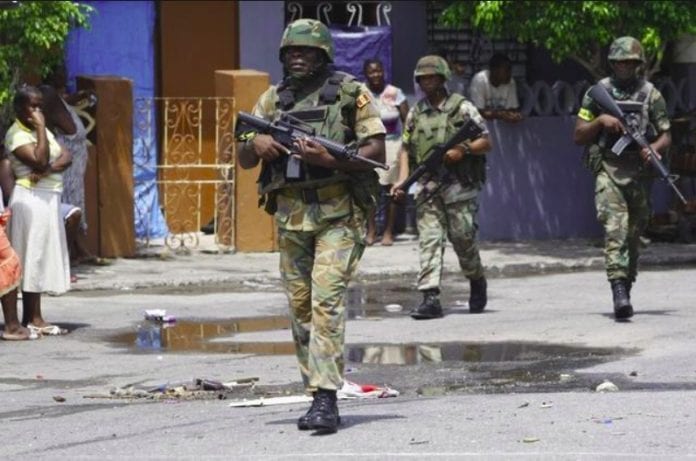 The United States says the most significant human rights issues in Jamaica include numerous reports of arbitrary and other unlawful killings by government security forces; entrenched government corruption within some government agencies, and violence against women.

In its 2017 “Country Reports on human rights Practice” released on April 20, the US Department of State said sexual assault and incest committed against young girls by gang members; criminalization of same-sex sexual activity and societal violence against lesbian, gay, bisexual, transgender, and intersex (LGBTI) persons were also noted.

“Child abuse, including sexual abuse, was substantial and widespread. NGOs reported that gang leaders, sometimes including fathers, initiated sex with young girls as a “right,” and missing children often were fleeing violent situations and sexual abuse.”

The report noted that the Andrew Holness government took some steps to investigate, prosecute, and punish officials who committed human rights abuses, “although a general sense of impunity remained with respect to alleged unlawful killings by agents of state.”

According to Washington, there were numerous reports that government security forces, mainly police, committed arbitrary and unlawful killings.

It said government statistics indicated that through September of 2017, government security force-related fatalities increased by 44 per cent over the same period in 2016, with 124 and 86 in the first three quarters of 2017 and 2016, respectively.

The report noted that the number of government security force-involved killings from January through September deemed to have occurred under suspicious circumstances increased over the same period in the prior year by 10 per cent, from 29 to 32.

Regarding other human rights issues, Washington said that trials often were delayed for many years, and at times cases were dismissed due to delay tactics, including no-shows by witnesses for a variety of reasons, not infrequently including death, challenges in impaneling juries, antiquated rules of evidence, and lack of equipment for collecting and storing evidence, among other reasons.

It said that the Office of the Director of Public Prosecutions attributed the worsening case backlog at the Supreme Court level to an increasing crime rate with a static number of courtrooms and judiciary personnel as well as to the Committal Proceedings Act’s burden on the judicial bureaucracy.