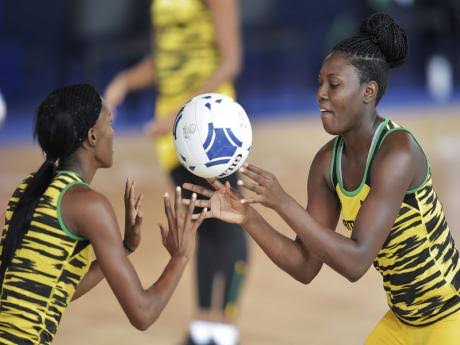 Jamaican netballers earned their highest ever honor at a Fast 5 Netball World Series after finishing 34-29 runners-up to England at the Hisense Arena in Melbourne on Sunday.

The Roses had earlier tasted defeat at the hands of the Sunshine Girls in the preliminary rounds, who finished on top of the standings after winning all five group games.  On Sunday, however, it was the turn of England to celebrate as Helen Housby put the Roses 30-29 in front with minutes remaining and they never relinquished the lead.  Hosts Australia and defending champions New Zealand, who field youthful teams were left to battle it out for 3rd and 4th place.

Housby was the most accurate shooter of the match with nine from 11 for England.

The Sunshine Girls’ Jhaniele Fowler-Reid’s was Jamaica’s best with 15 from 24.

The world’s top-ranked team Australia and New Zealand were both knocked out of final contention on Sunday.  On Saturday the Silver Ferns lost to Australia 40-30 and England 37-30 but had a 40-26 win over South Africa, so they needed to beat Jamaica on Sunday afternoon to keep their hopes alive.

But Jamaica won the game 30-23, so even though New Zealand beat Malawi 29-27 in their last round-robin game, the win meant nothing.