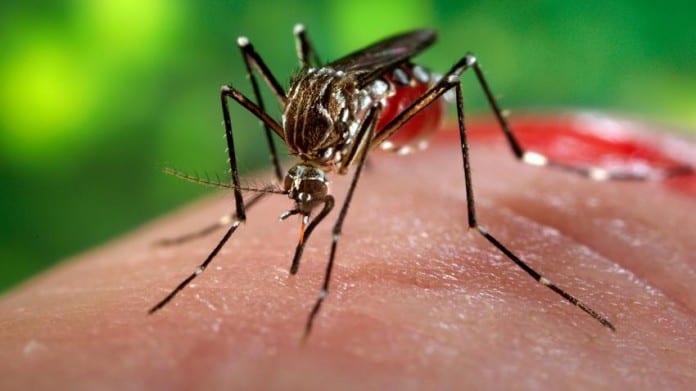 Zika virus victim has since recovered

St Vincent and the Grenadines has become the latest Caribbean Community (CARICOM) country to record its first case of the mosquito-borne Zika virus.

Health Minister Luke Browne told Parliament on Tuesday night that the authorities had received confirmation of the case from the Trinidad-based Caribbean Regional Public Health Agency (CARPHA) and that the unidentified person has since fully recovered.

The health minister urged citizens to take steps to protect themselves again Zika and other mosquito-borne illnesses and to eliminate places where the insect can breed.

Zika is a viral disease characterised by fever, rash and body aches. It is one virus of the viral family that includes Yellow Fever, West Nile, Chikungunya and Dengue.

But, unlike some of those viruses, there is no vaccine to prevent Zika, nor is there medicine to treat the infection.

Zika is commanding worldwide attention because of an increased incidence of microcephaly – a birth defect where a baby’s head is smaller than expected when compared to babies of the same sex and age- in regions with increased Zika infection.

Apart from St Vincent and the Grenadines, Jamaica, Barbados, Trinidad and Tobago, Guyana and Suriname are among CARICOM countries where the virus has been detected.

Caribbean Community (Caricom) leaders recently endorsed a course of action to deal with the spread of the mosquito-borne Zika virus and other diseases, Caricom Chairman Dean Barrow said Wednesday.

Barrow, the prime minister of Belize, said that his colleagues had agreed at their inter-sessional summit to undertake continuous public education on the virus and other diseases spread by the Aedes aegypti mosquito.

He said there will also be action to implement at ports of entry, health facilities, schools, and private enterprises such as hotels and tourism facilities. “We also agreed that we will designate the second week of May as Caribbean Mosquito Awareness Week. Governments are being asked to look at a temporary reduction in import tax on essential public health supplies, such as insecticide-treated beds, insect repellent for the duration of the epidemic in the region.