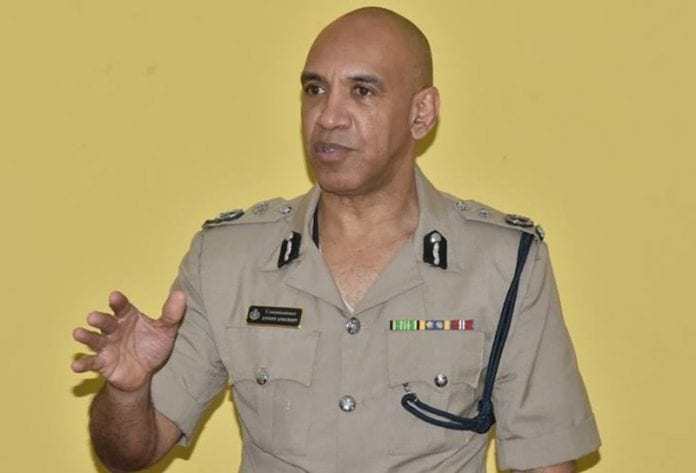 For years, many members of the diaspora have been fearful of permanently returning home to Jamaica because of the high level of crimes involving returning residents. But the island’s Police Commissioner is attempting to reassure the diaspora, insisting that the crime picture painted it worse than it actually is.

Commissioner Major General Antony Anderson says that media portrayals have painted a bigger monster than is the case.

“If all your information comes from headlines then you will be scared; we have some particularly sensational headlines sometimes that don’t fully explain or put context to what is happening,” the police commissioner told members of the Jamaica Diaspora during a virtual Citizen Safety Town Hall on January 13.

The police commissioner said in many instances the story that is left untold is who is behind the crimes committed and who are the individuals affected.

“We charged about 500 people for murders last year; sensational headlines don’t fully explain or put [into] context. [For example], a person comes home and was building a house and was killed, but nobody says it was intimate partner violence. Without context, it creates a lot of fear. It is more the fear of it than the actual thing that is driving our narrative,” the police commissioner stated.

For the past several years, the Jamaican government has implemented a series of states of emergency in areas of St. James, Kingston and St. Catherine. This measure along with the zones of special operation (ZOSO) have assisted in a decline in major crimes, according to security officials.

Major Anderson also revealed that members of the Jamaica Constabulary Force (JCF) are guided by a returning residents handbook, when assisting with members of the diaspora.

“We’ve done everything from vetting local employees of returning residents to escorting members of the diaspora when they go the bank,” he said.

The commissioner stated that for the past three years, he has embarked on a transformation program within the JCF, which involves the use of upgraded scientific methods, like processing DNA and cyber forensics.