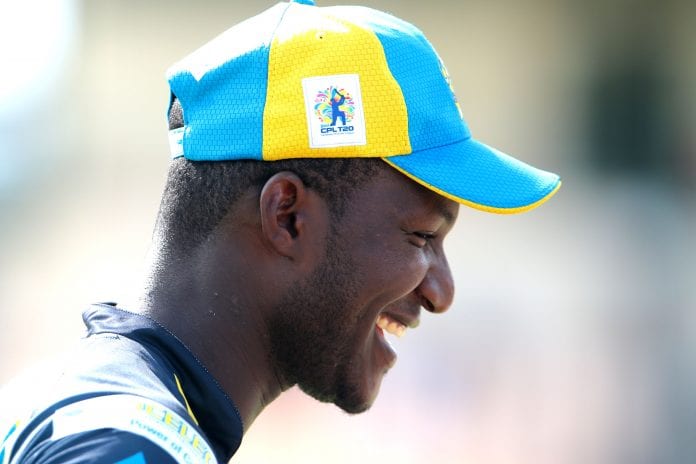 The St. Lucia Zouks are gearing up for the home leg of the Hero Caribbean Premier League (CPL), which starts next Thursday, 14 July and the message from tournament organisers is to book your tickets early to be a part of the historic re-naming of the Darren Sammy National Cricket Stadium on Thursday, 21 July.

Ticket sales have been strong as the St. Lucia public gear up for a huge period in their calendar and fans have several options to acquire their places for the biggest party in sport: the Darren Sammy National Cricket Stadium Ticket Office, Delirius, The Cell in Castries and Vieux Fort and tickets will also be available from Soufreire and Rodney Bay by this weekend.

Looking ahead to the St. Lucia leg of matches, Mr. Pete Russell, Chief Operations Officer of the Hero CPL said: “We’re really excited about moving on from Jamaica to St. Lucia next week as the Hero CPL table begins to take shape. The St. Lucia public have always been proud and loyal followers of their team and next week they will have the first chance to honour the efforts of Darren, Johnson and Andre Fletcher, who were members of the West Indies World T20 winning squad.

“In addition, some of the biggest names in world cricket will be showcasing their talents on the field. And if the standard of cricket so far is an indicator, then I’m sure we’re in for a real treat of top-class T20 cricket next week. The Zouks will be bidding to reach the play-offs for the first time and have some outstanding quality in their squad including players of the calibre of Shane Watson, David Miller, Mike Hussey, Morne Morkel and the recently signed Jerome Taylor.

“There are lots of fun community projects, which will further extend the ties with the St. Lucia public taking place next week, while on the field each of the five teams will be battling it out for much-needed points as they bid to make the play-offs in St. Kitts & Nevis in the first week of August.

“It’s shaping up to be a terrific showcase for St. Lucia and we would urge everyone looking to come along to watch the biggest party in sport to book your tickets either online on www.cplt20.com or from one of our outlets early to avoid disappointment. With ticket prices starting at USD $6, it represents great value for every member of the family.”

In addition to top quality cricket, as Darren Sammy’s men get set to welcome the St. Kitts & Nevis Patriots (21 July), Barbados Tridents (23 July), Guyana Amazon Warriors (24 July) and Trinbago Knight Riders (26 July), there will be a number of events off the field which will have a strong Hero CPL presence at a number of Carnival events where Ms. St. Lucia Zouks will be present.

The Zouks’ opening home match against the Patriots is one not to be missed as it will mark the launch of the newly re-named 12,400 capacity Darren Sammy National Cricket Stadium in Gros Islet, previously known as the Beauséjour Stadium. Fans will also get to be a part of history for the opening of the newly-renamed Johnson Charles Stand as the island honours two of its favourite sons who both played a significant part in the West Indies ICC World T20 success earlier this year.

*Tickets for all CPL fixtures in the Caribbean and Fort Lauderdale are on sale now from www.cplt20.com.