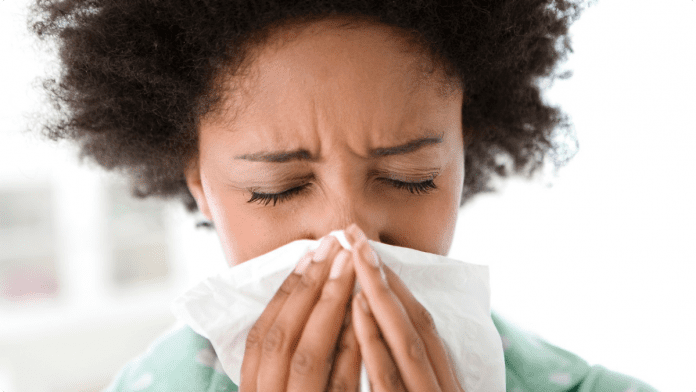 The US Center for Diseases is indicating no let up in the current devastating flu season. Last Friday, Dr. Daniel Jernigan, director of the Influenza Division in the National Center for Immunization and Respiratory Diseases at the CDC, said every state, with the exception of Hawaii, have reported increase flu cases over the past month. He said that’s the first time that’s happened in their 13 years of tracking the flu.

Nationwide, Jernigan said there have been 37 pediatric deaths caused by flu.

This season, the flu intensified as young people returned to school after the holiday break. Jernigan said young people are usually the second most hard-hit demographic when it comes to flu, just behind those over the age of 65, many of whom have weakened immune systems. But this year Baby Boomers, people 50 -64, are actually the second most affected group behind the elderly.

“People 50 to 64-years-old are now in that spot,” Jernigan said. “In other words, Baby Boomers have higher rates (of the flu) than their grandchildren right now.” He said the reason for this is because people in the 50 -64-yearsage group were not exposed to the H3N2 influenza strain, which is rampant this flu season as children.

The CDC cautions US residents to take every precaution not to contract the flu, as the season has not yet reached its peak. It said this year’s flu season is the worst since the swine flu in 2009.

Jernigan said what’s especially unusual about this year is that the flu is hitting everyone at the same time.

“We often see different parts of the country light up at different times, but for the past three weeks, the entire country has been experiencing lots of flu all at the same time,” Jernigan told reporters on Friday.

Coming down with the flu can also increase the risk of heart attack six-old, a new study found, because it puts more stress on the cardiac system and can increase inflammation, and because of the infection the heart beats faster.

As many as 56,000 people die from the flu every year in the US, the CDC reports, many of them older with compromised immune systems.

The CDC indicates the influenza virus can incubate in the body for one to four days before a person shows any signs of getting sick. That means people can be contagious and not know it.  They can spread the virus around without showing any symptoms at all.

Person-to-person transmission — from talking, coughing, sneezing, or breathing on someone else — is more likely to cause an infection than simply touching a surface with some flu virus on it and then reaching for your nose or your mouth. The flu virus can persist on hard surfaces for up to 24 hours but survives only about 15 minutes on tissues.

It’s important that people wash their hands often and avoid touching their face too much in order to fight the spread of the germs.

Still get the flu vaccine

Pregnant women are especially encouraged to get the vaccine because they’re more likely to be hit hard by the virus. There’s some evidence that getting a shot can protect babies in the first months of life, when they’re too young to get a shot.

Many people coming down with the flu can stay home and wait it out with the help of liquids, over-the-counter drugs, and plenty of sleep.

Experts say you people can return to work or school after being fever-free for a full 24 hours.

Typically, people have the flu for about a week, but some people can stay sick with the illness for up to two weeks, and kids can often be contagious for more than seven days with symptoms like fever, chills, congestion, fatigue, and coughs.