EDITORIAL: Recruit Jamaicans from the Diaspora without corruption 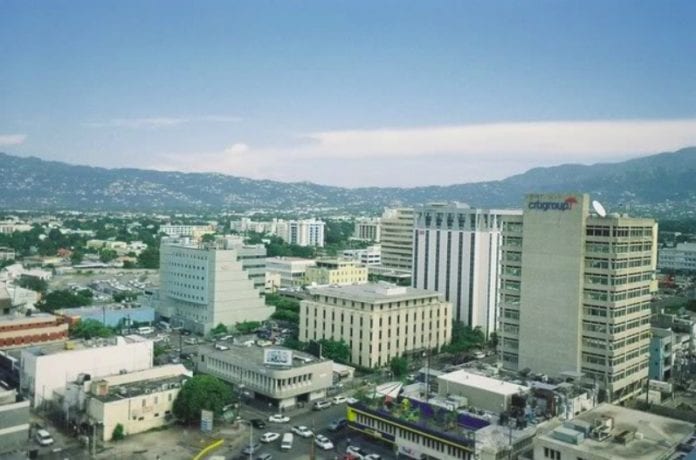 For the past several weeks a corruption scandal has been circulating in Jamaica involving the oil company Petrojam, which until recently fell under the portfolio of Jamaica’s Minister of Mining and Energy.

The ongoing controversy alleges funds were inappropriately spent, individuals questionably removed from managerial positions and replaced by others appointed by the portfolio minister at significantly higher salaries, and a chairman appointed to the company’s board from the Diaspora who is alleged to have engaged in questionable financial liberties.

It is absolutely ironic that while the Jamaican Diaspora complain about crime and recurring incidents of corruption in Jamaica’s public sector, fingers are being pointed at a member of the Diaspora in the corruption allegations against Petrojam.

As South Florida Attorney Dahlia Huntington-Walker, former Jamaica Diaspora Advisory Board Member for the Southern US, recently indicated in a letter to the Jamaican Gleaner, Jamaicans overseas have been persistent in their call for a mechanism for qualified individuals from the Diaspora to serve on Jamaican boards.

There’s no doubt the Diaspora is filled with qualified, competent individuals suitable to engage with Jamaica at board and managerial levels. However, those willing to offer themselves for service must be willing to serve unselfishly, and not be intent on offering their service for financial gain through corruption.

It’s ironic that at the exchange rate of the US$ to the Jamaican dollar, the fees or benefits that can be paid to members of the Diaspora who seeks to serve in Jamaica are extremely advantageous. For example, US$1,000 averages some J$129,000. However, it’s not unusual for those interested to return home to serve to seem ignorant Jamaica has a foreign-exchange problem. They tend to demand the maximum in contract fees, per diem, travelling allowance, and demand to fly first class, and stay in grand, expenses lodgings.

Those seeking to fill their pockets on the excuse they are  returning to Jamaica to serve, tend to justify their selfish demands with comparison to the high fees paid by Jamaican authorities to non-Jamaican foreign expertise.

As Huntington-Walker pointed out, there has been a long trend  whenever the Jamaican government (formed by either the Jamaica Labor Party or People’s National Party) need  overseas experts, they hire non-Jamaicans. However, when unpaid experts are needed, government looks to the Diaspora. Since the inaugural Biannual Jamaican Diaspora Conference in June 2004, successive governments have been told this practice needs to be addressed.

Must be sensitive to Jamaica’s financial plight

There’s no argument that skilled, experienced, and talented Jamaican recruited from the Diaspora to serve in Jamaica should be adequately compensated. But conscientious members of the Diaspora are expected to be more cognizant of, and sensitive to, the financial plight of Jamaica and resist making unreasonable  compensatory demands.

If members of the Diaspora are serious about offering their expertise to Jamaica, they should be willing to sacrifice.  Moreover, they must be determined to not get caught in the corruption trap so many Jamaicans seem to be getting caught in, in both the private and public sectors.

On the other hand, Jamaicans in the public and private sectors need to stop offering cushy contracts overseas friends and relatives who lack the required skill, talent, or experience for a position, over known skilled individuals. In the Petrojam debacle the individual selected to chair the company was an old acquaintance of the responsible government minister.

From back in 2004 when Huntington-Walker was on the Jamaican Diaspora Advisory Board (established to advise the Foreign Affairs minister on issues of concern to the Diaspora) it was suggested that a Diaspora skill bank be established. Skilled, talented and experienced Jamaicans within the Diaspora would be required to register in this bank, offering their services for paid public and private sector positions. In turn, the bank would serve as the primary source for public and private sector Jamaican entities seeking expertise from the Diaspora.

An attempt, albeit feeble, was made under the former People’s National Party administration to establish this skilled bank, with scant results. A more organized attempt is needed to establish such a facility.

This matter should be prioritized by the recently appointed Minister of State in the Ministry of Foreign Affairs and the current Jamaica Diaspora Advisory Board. The Diaspora is loaded with eclectic expertise that can be easily available to Jamaica through a structured, realistic, compensation system which could  eliminate greed and corruption.

Quoting Huntington-Walker “Deeper engagement and respect can be reached between Jamaican and her Diaspora by appointing qualified expatriates to government boards and boards of private-sector companies. This process must be handled with transparency and accountability, and not with ‘bandooloo’ (corruption). There are thousands of Jamaicans living overseas with the education, experience and willingness to serve.”