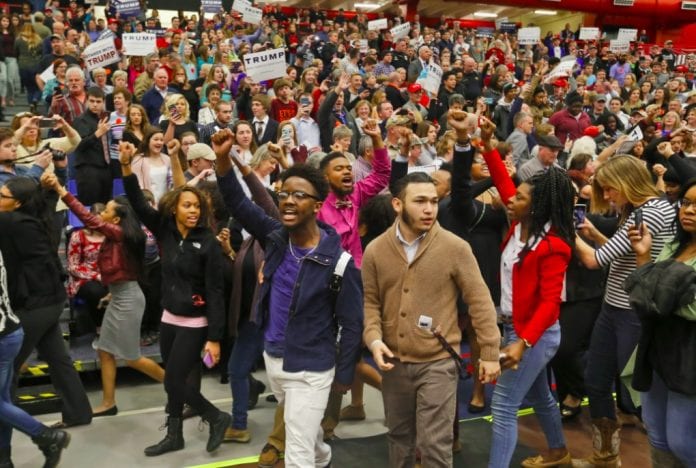 While crass remarks allegedly made by the US president about Haitian and other black immigrants are revolting, deserving criticism it has attracted, these remarks should be cause for the black immigrant community to be introspective.

The first thing the community must be determined to do, is not let the disparaging remarks marginalize it. Immigrants from any country with an overwhelming black population should allow themselves to be offended because neither do they know of any, nor do any of them come from, “Shithole” countries.

Black immigrant community must be introspective

One of the reasons why the black immigrant community should be introspective is because it’s far from being a cohesive community.  Frankly, there’s too much hypocrisy and prejudices that permeates this community. While the community is criticizing the president for his obviously ignorant remarks, black people from other countries have openly criticized, and acted prejudicial towards Haitians. It’s no secret that some ignorant people within this community are guilty of referring to Haitians, especially poorer Haitians, in similar vulgar terms.

It’s too common in the black immigrant community for people from one country, to cast negative aspersions and negative labels on those from other countries. There’s a weird sort of nationalist diversity existing within this community that needs urgent attention.  White racists hatred of blacks is universal, notwithstanding the country from which blacks originates.

All in the same boat

Immigrants from various mostly black populated countries came to the US on different ships, but now are all in the same boat.  While there’re forces in the US trying to sink that boat, the community must be emboldened to save the boat. The same hands that are determined to deny Haitians extended TPS, may seek to reduce benefits to Caribbean nationals who are not citizens, and ban African Muslims from entering the US.

When one nationality in the black immigrant community is targeted, other black migrants must be prepared to react.  The tide can turn against them in short notice.

It’s, however, unfortunate that Haiti has been included in the mysterious “SH” countries recently described. It’s even more painful that in the same meeting in which that ignorant remark was made, it was reportedly asked, “Why do we want people from Haiti here?”

Haiti has a very impressive history for which it always seems to be paying a high price for. It’s the first nation that successfully revolted against slavery and oppression in the Caribbean.  The resulting Republic of Haiti established on January 1, 1804, was the first nation of free black people, co-existing with nations like the US that were determined to keep black people enslaved. Haiti has been perpetually marginalized by other Western empires since 1804.  Scant economic assistance has been offered to Haiti;  making it difficult for the proud nation to cast off the curse of poverty.

Despite the challenges, Haitians who remained in Haiti, and those who migrated, have developed remarkable resilience. Haitians in South Florida are renowned to be industrious, hard-working people. They pay taxes, are law abiding, artistic, creative, cultural people, firmly interwoven into the South Florida community.

Like most other Black immigrants coming to the US, Haitians have focused on improving their educational and job skill levels. They too are in the US to better their lives and know that advancement in education is the best way for a better life.

Must be a formidable community

Despite threat of overt racism, the black immigrant community must be entrenched as a formidable community albeit consisting of people from different countries.  While the community mustn’t take benefits derived from America for granted, it should strive to make its contribution to America indispensable. Members of the community must also remain committed to the development of the countries from which they originate, remaining vigilant that these  countries, or their people, are never described by anyone in such crass, vulgar and ignorant terms.