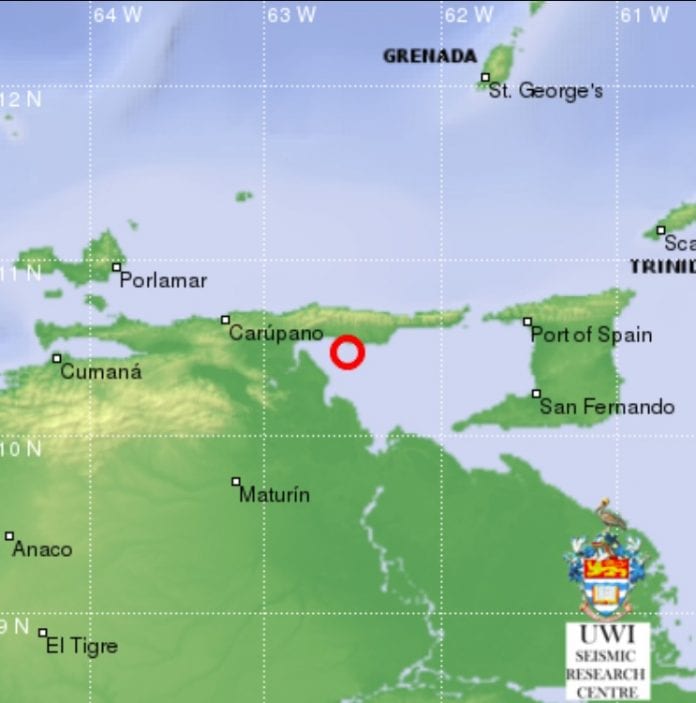 Trinidad and Tobago was rattled by the second earthquake in less than a week on Wednesday morning.

It was also felt in Carúpano and Maturín in Venezuela.

The SRC said that while there were no immediate reports of injuries or destruction, the quake occurred at a depth of 10km and was located Latitude: 10.48N, Longitude: 62.53W
Last Thursday, the SRC reported that Trinidad and Tobago was jolted by a quake measuring 4.7 and at a depth of 10 km. It was also felt in Venezuela.