CDEMA delivered emergency relief supplies and oversaw early recovery operations in the two most affected areas of Les Cayes and Jérémie after the storm hit on October 4.

“As part of a legacy intervention, CARICOM supported the rehabilitation of the Ecole Nationale De Sicard de Pelerin School in Les Cayes and a feeding programme for the students for a period of two weeks,” the statement, said, noting that the response also provided US$53,000 in relief supplies to 805 families.

Hurricane Matthew, the fifth named hurricane of the 2016 Atlantic Hurricane, left significant damage to parts of Haiti as a powerful Category 4 hurricane, with maximum sustained winds up to 140 mph.

The Haitian government reported that Hurricane Matthew resulted in 546 deaths. More than 1.4 million people were in urgent need of humanitarian assistance, and 120,000 homes were destroyed or damaged. 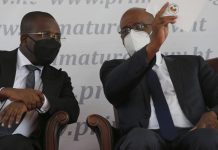 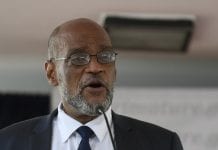