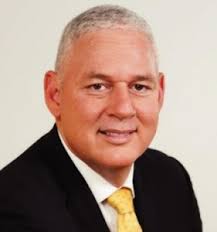 However, according to Prime Minister Allen Chastanet Britain has not yet taken up the offer.

“Certainly, we wanted to let them know that we would make facilities available, should it be needed,” Chastanet said.

“The prison was badly damaged and so we were making space at Bordelais (prison) as well as making facilities available at the free zone to be able to help,” Chastanet said, noting that there is a shortage of manpower on the British Overseas Territory because people are helping with essential services.

“St. Lucia stands ready to assist all of our brothers,” said Chastanet, who is also the chairman of the Organization of Eastern Caribbean States (OECS) of which the BVI is a member.

Chastanet also announced that an initial sum of EC$50,000 has been given to the National Emergency Management Organization (NEMO), which has been activated to coordinate supplies to be sent to the Islands that have been affected by Irma.