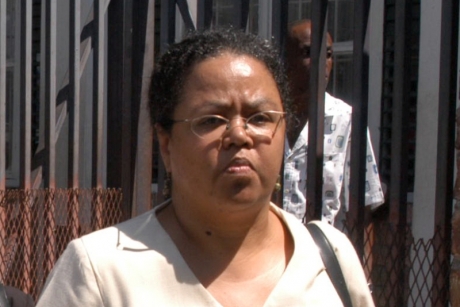 Jamaica’s Minister of National Security Robert Montague caused uproar this week when he said it was the Christian thing to do to allow prisoners to have conjugal visits behind bars with their legal spouse.

Human rights groups have placed their backing firmly behind the minister while other sections of society as hit out against the suggestion describing it as a reward for wrongdoing.

“I am determined and insistent that we are going to start conjugal visits and some persons ask me why, but we must treat (incarcerated persons) in a humane way.

‘A lot of us (say) that we are Christians but true Christianity is when you do for the least amongst us, so we are working on that,” he said.

Advocacy groups Stand Up for Jamaica and Jamaicans for Justice (JFJ) quickly threw their support behind Montague claiming the visits allow inmates to reconnect with their wives and strengthen their bond with their families.

Stand Up Jamaica argued that it is important for prisoners to engage in rehabilitative activities that reduce the likelihood of repeat offending, which is 47 per cent in Jamaica. Spokesperson for JFJ Susan Goffe said: “Measures to facilitate reintegration of inmates in society are important since most prisoners will eventually be released. If inmates leave prisons with stronger family relationships they will be less likely to re-offend.”

However, detractors of the idea are hitting back saying the move would result in a wave of fatherless, unwanted children being unleashed on the nation who in turn will be guided and steered by hardened criminals.

There was no definitive word on whether the initiative was applicable to the hundreds of female prisoners who are housed at the Fort Augusta Prison in St Catherine.

The government has not yet made an official decision on Montague’s suggestion.