On this day in history, December 9, 1991, after a long legal battle, Bob Marley’s $11.5 million estate is settled in court and left in the hands of his family.

Though his estate was worth an estimated $30 million at the time he passed away, he had scoffed at the idea of a will, believing that such a document showed an inappropriate concern with earthly matters.

Under Jamaican law, half of the estate of a man who dies intestate goes to his widow, while the remainder is divided equally among his children. When the court advertised for heirs, hundreds stepped forth claiming to be Marley’s offspring. Marley’s widow, Rita, became locked in a ten-year battle with the court-appointed administrator of the estate, a conservative lawyer who had not liked Marley when he was alive and who, after the singer’s death, sometimes seemed bent on taking as much as possible from those who had been closest to the deceased. The administrator attempted to evict Marley’s mother from a house her son had given her—on the grounds that the title had never been legally transferred; in a similar fashion, he tried to have property seized from Rita and accused her of illegally diverting royalty money that should have become part of the contested estate.

The battle over Marley’s fortune was finally settled late in 1991. The Jamaican Supreme Court ruled in favor of Rita Marley and Chris Blackwell’s Island Logic Ltd., a company that had controlled the estate since 1989. Under the terms of the court ruling, the estate would be managed by Island Logic for ten more years before passing into the hands of Marley’s widow and his 11 legally recognized children. 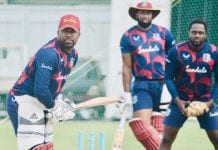