Primary elections, the prelude to the mid-term general elections on November 8, 2022, are scheduled to be held on August 23, with early voting beginning on August 8 in Palm Beach and Miami-Dade Counties and on August 13 in Broward County.  Some voters who have opted to vote by mail-in ballot have already voted. Early voting in all three South Florida counties ends on Sunday, August 21.

*Scroll down to go straight to the Voter’s Guide

Historically, primary elections in Florida have been unfortunately characterized by woefully low turnout of voters. Voters tend to be motivated to vote in huge numbers only when there are general elections every two and four years. However, voters risk the election of incompetent candidates to critical public offices when they do not turn out in primary elections.

Primary elections are in essence a nomination process. It is the process where several candidates from one party put themselves up to be elected or nominated by voters to advance to compete against a candidate of an opposing party for a specific office in the general elections.

Regardless of how popular a candidate may seem in a particular office, even if he or she is the incumbent office holder, that candidate must first get through the primary election process, unless that candidate is unopposed.

So, to ensure your favorite candidate is on the ballot for your preferred political party, be sure to turn out and cast your vote in the primary elections.

In some races including races for seats on county commissions, races on county school boards, and races for Florida Circuit Court and County Court judges, candidates are elected during the primary elections and don’t need to advance to the general elections.

Several candidates, including Caribbean Americans, are included in the wide slate of candidates seeking various public offices in the upcoming primary elections.

Take a look at CNW Network’s recommendations on how to vote in the primary elections below: 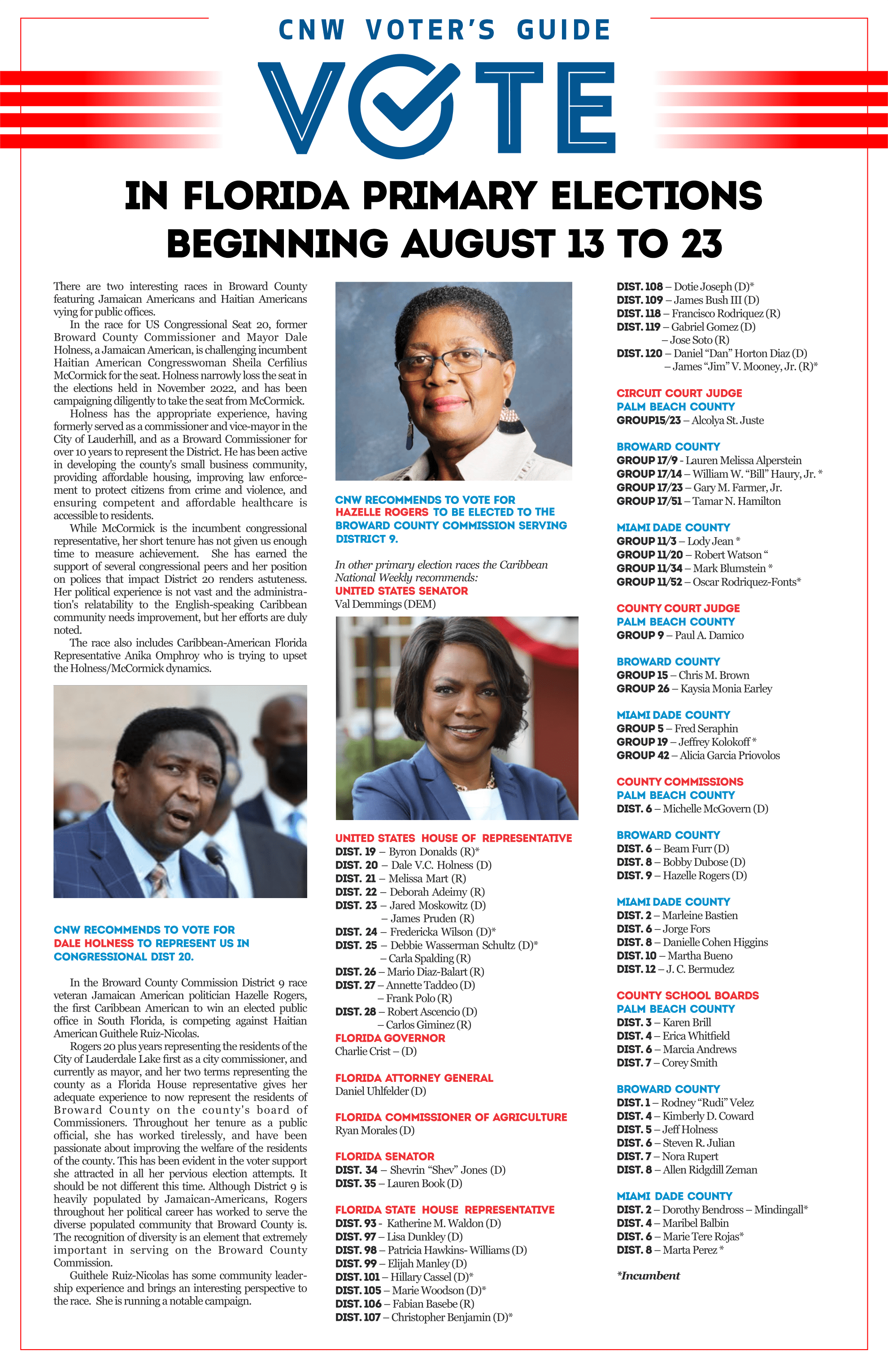