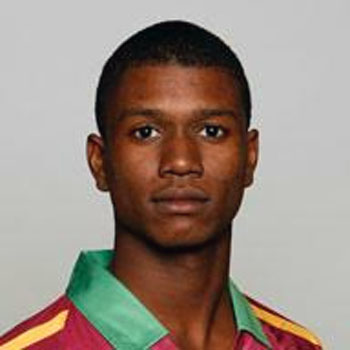 West Indies (Windies) opener Evin Lewis lashed a half-century as Dhaka Dynamites rebounded from their opening day defeat with a convincing 65-run victory over Khulna Titans in the Bangladesh Premier League on Sunday.

Playing at the Sylhet International Stadium, Dynamites piled up an imposing 202 for seven off their 20 overs, with the left-handed Lewis gathering a top score of 66 off 40 deliveries.

Lewis struck seven fours and three sixes, putting on 38 for the first wicket with Kumar Sangakkara (20) and a further 116 for the second wicket with South African Cameron Delport who belted 64 off 31 balls with four fours and five sixes.

Lewis eventually perished in the 13th over, slapping a short ball from fast bowler Shafiul Islam to Mahmudullah at cover.

Kieron Pollard failed to catch fire, departing cheaply for five after top-edging a pull at a short one from Barbadian pacer Jofra Archer who ended with two for 34.

Sunil Narine, however, provided a spark near the end, blasting a pair of sixes in a 11-ball 16. Narine  then returned with his off-spin to claim two for 32 as Titans were dismissed for 137 off the first ball of the 19th over.

Archer top-scored with 36 while Jamaica and West Indies star Chadwick Walton chipped in with 30, but Titans lost wickets regularly and they never really regained their balance.

Windies Twenty20 captain Carlos Brathwaite fell for a one-ball ‘duck’ batting at number three to be one of two wickets to fall in three deliveries as Titans slipped to eight for two in the third over.

Walton, who struck five fours and a six off just 13 deliveries, added 35 for the third wicket with South African Rilee Roussouw (23) before edging a cut at left-arm spinner Shakib al Hasan behind.

Five wickets tumbled for 45 runs before Archer arrived to blast five fours in a 24-ball cameo, as the tail wagged briefly.

In the earlier game, Marlon Samuels’s half-century went in vain as Sylhet Sixes won their second on the trot with a four-wicket victory over Comilla Victorians.

The right-handed Samuels struck 60 from 47 balls, with two fours and three sixes, as Victorians tallied 145 for six off their 20 overs.

In reply, Andre Fletcher was again among the runs stroking 36 off 29 balls with five fours and two sixes, putting on 73 for the first wicket with Upul Tharanga who made 51 off 40 balls, as Sixers overhauled their target of 146 with a ball to spare.

West Indies all-rounder Dwayne Bravo was the best bowler with two for 34.