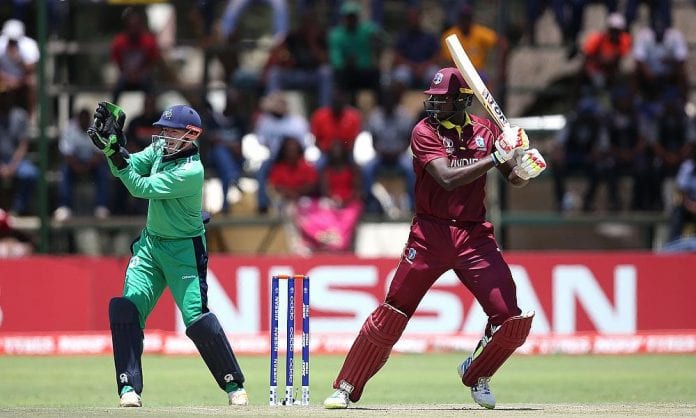 ST JOHN’S, Antigua,  CMC – West Indies will host Ireland in a full limited-overs series for the first time ever when the two teams clash in three One-Day Internationals and Twenty20s next January.

The tour, which runs from January 7-19, will see Kensington Oval in Barbados hosting the opening two day/night ODIs, with National Cricket Stadium in Grenada hosting the final ODI in a 9:30 am start.

Grenada will also be the venue for the opening T20 while Warner Park in St Kitts will stage the last two matches.

“It’s going to be a great start to the New Year to welcome Ireland and their fans to the West Indies for this six-match series,” said Cricket West Indies’ commercial director, Dominic Warne.

“It will be an exciting contest on the pitch as the West Indies play at home for the first time in five months. Off the pitch, we know that two of the most colourful and noisy sets of fans in world cricket will come together to create a great atmosphere for both the Colonial Medical Insurance One Day Series followed by the T20I Series.”

West Indies currently hold the advantage in the head-to-head matchups, having won seven of the nine ODIs and two of the four T20Is against the Irish. They also beat Ireland in their last three ODI meetings during the Tri-Nations Series in Dublin earlier this year.

The Windies suffered a memorable upset in the 2015 World Cup, however, when Ireland chased down 305 in Nelson.

Ireland, who secured Test status along with Afghanistan in 2017, have been in good form of recent, sweeping Zimbabwe in a three-match series last July in Belfast.

West Indies are ranked ninth in the ICC ODI rankings while Ireland are two places lower.