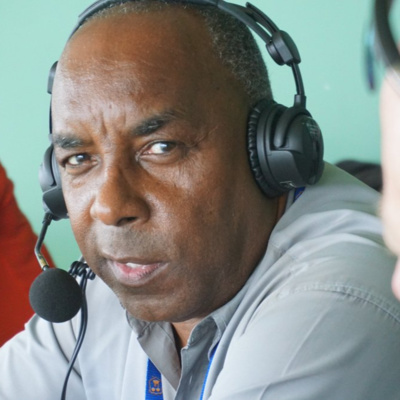 Barbados-born former England batsman, Roland Butcher, believes there will be little respite for embattled West Indies on next month’s tour of Bangladesh.

The first Black cricketer to represent England, Butcher said in many ways the Asian series represented a more difficult task for the Caribbean side than the recent dismal tour of New Zealand when they failed to win a single match.

“It is really out of the frying pan and into the fire because Bangladesh is not going to be an easy tour,” Butcher told Stacom Radio’s Mason and Guest cricket show in Barbados.

“It’s going to be very, very difficult. You’re going from one situation where the ball is swinging and moving around at pace [and] you’re going to go into an environment where there is a heavy diet of spin and our players at the moment, their mindsets cannot be particularly good.

The New Zealand tour proved a nightmare for West Indies, losing the three-match Twenty20 International series 2-0 and then suffering a 2-0 whitewash in the ensuing Test series.

What was of particular significance was the magnitude of the Caribbean side’s Test losses, with neither match going the distance. They tasted innings defeats in both matches before lunch on the respective fourth days – surrendering in the Hamilton Test by an innings and 134 runs and going down in the Wellington encounter by an innings and 12 runs.

Butcher, now a well-respected pundit and Barbados Cricket Association board member, said the results of the tour had not been unexpected, even if the margins of defeat were surprising.

“Of course everybody was very disappointed with the performances in New Zealand but … I always thought it was going to be a very difficult tour for the West Indies,” Butcher explained.

“History was not on their side and the fact that during that period New Zealand had become a very competitive team, so it was always going to be difficult.

“So the performances of our team, I expected something better but I always felt New Zealand would win the series simply because at this moment in time, they’re a much better outfit, much better organised, have better quality players – match-winning players – particularly in their bowling lineup.”

West Indies are set to arrive in Bangladesh on June 10 for their third tour amid the ongoing global COVID-19 pandemic and will play three One-Day Internationals and two Tests ending February 15.