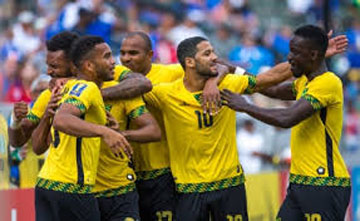 KINGSTON, Jamaica – Jamaica’s national football team, the Reggae Boyz moved up five spots on the FIFA World Ranking to make the top 50 for the first time since 2005.

This comes after securing back to back wins in the CONCACAF Nations League earlier this month, with a 6-0 win over Antigua and Barbuda following by a 4-0 triumph against Guyana. Jamaica moved up from the 52nd spot to number 47 on the list, becoming the best ranked Caribbean team.

The last time Jamaica broke the top 50, they ranked at number 42 in 2005. The highest ranking that the Reggae Boyz has seen came in 1998 when the Boyz were ranked at number 29 in the world.

In the CONCVACAF rankings, however, Jamaica is ranked fourth, with Mexico at number one followed by the United States and Costa Rica. The FIFA top ten teams in the world are as follows: Belgium, France, Brazil, England, Portugal, Uruguay, Spain, Croatia, Colombia and Argentina.

Reggae Boyz coach Theodore Whitmore expressed his optimism for the team as they cautiously celebrate the milestone. “This is of course, positive for the team and the country and this is in keeping with the objectives that the players, technical staff and the federation set at the beginning of the Concacaf Nations League Group phase,” Whitmore said.

“Our wish is for it to continue to get better and I will be lobbying with the federation to ensure that what is necessary to make this happen, is indeed put in place because we do not want to get complacent,” he added.

Jamaica will need to remain in the top six in CONCACAF by the June 2020 edition of the rankings to fight for one of three spots in the 2022 FIFA World Cup Qualifiers. The next assignment for the Reggae Boyz will be to tackle Aruba in League “B” of the Nations League on October 12 and 15.