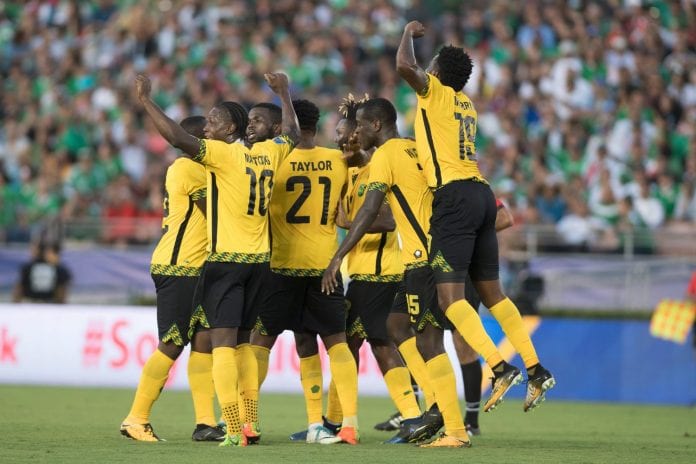 KINGSTON, Jamaica, CMC – Unbeaten Reggae Boyz remained firmly on course for promotion to League A and qualification for the CONCACAF Gold Cup when they brushed aside Aruba 2-0 in the Nations League on Saturday night.

Devon Williams put the hosts ahead in the 13th minute and Shamar Nicholson scored late on after missing a second-half penalty.

The victory was Jamaica’s third on the trot and left them top of Group C of League B with nine points, three clear of Antigua and Barbuda.

Playing at the National Stadium in the country’s capital, the Reggae Boyz went quickly in search of the opening goal and it came when Kemar Lawrence crossed from the left for Williams to finish with his left foot from just inside the 18-yard box.

Goalkeeper Eric Abdul then denied Dever Orgill and Nicholson to keep the scoreline intact and Aruba in the contest at half-time.

Jamaica had a wonderful opportunity to double their advantage when substitute Javon East was brought down by Hoah Harms in the area in the 76th minute but Nicholson blasted the resulting penalty well over the crossbar.

Nicholson made amends two minutes from time, however, when he kept his composure to poke home a close-range finish.

In the other games in League B, St Lucia remained winless with a 3-0 defeat away to the Dominican Republic in Group B while hosts Montserrat perished 2-0 at the hands of El Salvador to concede defeat for the first time in three matches.

In League C, Nicholas Blackman’s second-half free kick was enough to seal Barbados’s 1-0 win over US Virgin Islands, and return them to the top of Group A on six points.

Cayman Islands, who went down 3-0 to Saint Martin, lie second also with six points but are behind on goal difference.

Anguilla, meanwhile, suffered elimination in Group C after going down 5-0 to Guatemala at home at The Valley, leaving them without a win in two outings. 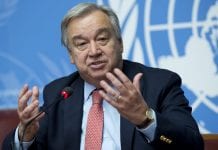