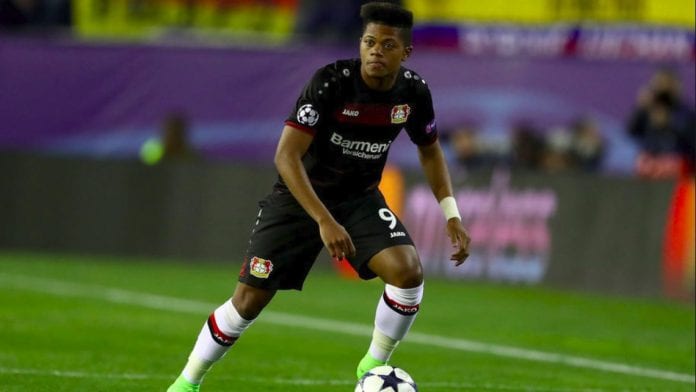 Reggae Boy Leon Bailey is on his way to English Premier League club Aston Villa after they agreed on a reported £30 million deal with German outfit Bayer Leverkusen for the 23-year-old winger, subject to a medical on Sunday and finalize personal terms.

Bailey scored 28 goals in 119 Bundesliga appearances for Leverkusen, including 15 last season, but enjoyed a below-par campaign in this year’s CONCACAF Gold Cup before being dropped for the quarter-final against the United States, which Jamaica lost 1-0.

The US will face Mexico in Sunday’s final.

Bailey would become Villa’s third signing of the summer after the arrival of Emiliano Buendia from Norwich City and Ashley Young from the Italian side Inter Milan.

Before Villa agreed on a fee, Bailey outlined ambitious plans for his own career, saying: “One hundred percent, I’m totally ready for the next step.

“I feel like I need a new challenge so anywhere where it’s a good opportunity for me to really showcase myself and work hard.”

Villa is in the process of losing captain Jack Grealish to Manchester City after they triggered his £100 million ($139 million) clause and have been trying to beef up their squad to cope with his departure.

Villa is expected to make a renewed bid to sign Southampton’s England international James Ward-Prowse, although an offer for £25 million was rejected last week.

UK media reports said the fee for Bailey will also involve add-ons as Leverkusen had been pushing for £35 million ($48.6 million) for the Jamaican.

Reports said talks moved ahead quickly for Bailey who had previously been valued at £60 million ($83.4 million) amid interest from Premier League giants Chelsea and Manchester City.