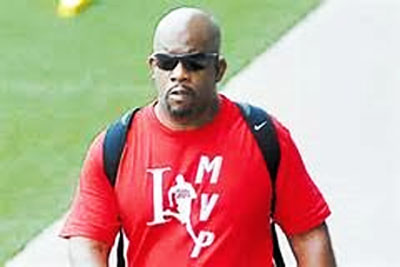 Stephen Francis has stepped down as head coach at MVP Track Club and has been replaced by his brother Paul Francis.

On Saturday, the club revealed that the changes actually came into effect on September 1.

Paul, who has been a coach at the club for 17 years, co-founded MVP with his brother in September 1999. He has since distinguished himself nationally and internationally as a coach and administrator of athletics. Paul has attained the Level IV IAAF Coaching Certification in the sprints and hurdles.

Both Paul and Stephen Francis will continue in their roles as track and field coaches at the University of Technology, Jamaica.

The MVP Track and Field Club is the most successful track club in Jamaica preparing some of Jamaica’s and the world’s best athletes who have won 56 IAAF World Championship medals, 28 Olympic medals, 25 Jamaican National Records, three Olympic Records and five World Records.

Hurdlers such as Melaine Walker will now be coached by 2009 sprint hurdles World Champion Brigitte Foster-Hylton.