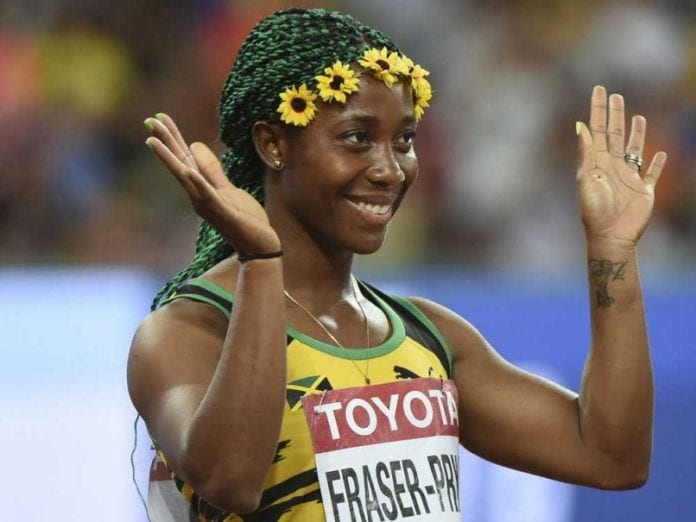 Multiple Olympic gold medalist Shelly-Ann Fraser-Pryce has earmarked an October return to training, after giving birth to her first child, a son, in August.

She told the Jamaica Observer newspaper that she is yet to work out a training schedule with longtime coach Stephen Francis, but is looking forward to a competitive comeback in 2018.

“I know I am resuming training next month; not sure when will be the exact time, but I know its next month. I have not really sat down with coach as yet to decide what we do, [but] my head is in the game right now,” she said.

The diminutive Fraser-Pryce is the 2008 and 2012 Olympic 100 meters gold medalist; she also won the 200 meters at the London Games five years ago.

After discovering she was pregnant, she took a break from the circuit following last year’s Olympics in Rio de Janeiro, Brazil.

“…I am just excited…and looking forward to coming back,” she told the Observer.

Fraser-Pryce, 30, stole hearts at the 2008 Olympics in Beijing, China when she stunned track pundits to win the 100 meters ahead of more favored runners including her compatriot Sherone Simpson and American Lauryn Williams.

She won a bronze medal behind countrywoman and MVP team-mate Elaine Thompson in the Rio Olympics in 2017.