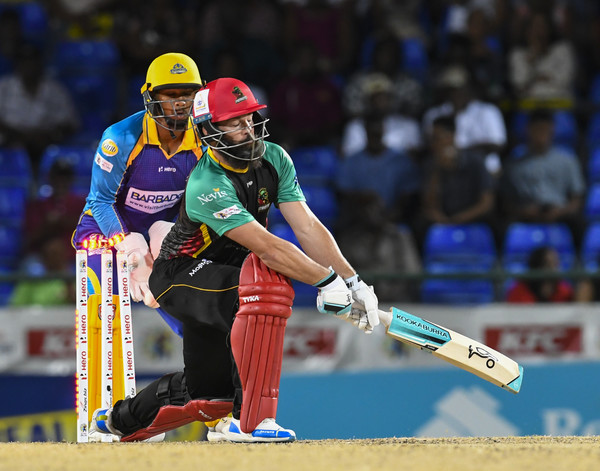 BRIDGETOWN, Barbados, CMC – Barbadian Dominic Drakes bowled last man Harry Gurney with the final ball of the match as St Kitts and Nevis Patriots edged Barbados Tridents by a single run in a dramatic finish, to book their place in the playoffs of the Caribbean Premier League (CPL) on Saturday night.

With Tridents needing two runs to win off the last ball at Kensington Oval in search of a modest target of 150, Gurney missed a swing and had his stumps shattered, silencing the home crowd and leaving the hosts’ playoffs chances hanging by a string.

Drakes, who played for Tridents last season, started the last six balls defending 12 runs but sent down a wide off the first ball before Raymon Reifer clobbered the first legitimate delivery for six over extra cover.

However, Reifer was run out going for a second run off the next ball and new batsman Gurney scrambled a single off the third ball, leaving Tridents requiring just three runs off as many deliveries.

But Drakes kept fellow Barbadian Chemar Holder scoreless off the next delivery and a scrambled leg bye off the fifth meant the hosts needed one to tie, and force a ‘super-over’ and two runs for the win.

Left-armer Drakes, the son of former West Indies all-rounder Vasbert Drakes, then won it for Patriots to see them into the next round in what was their final game.

They now lie second on 10 points, four adrift of unbeaten leaders Guyana Amazon Warriors and one ahead of two-time reigning champions Trinbago Knight Riders, in third with three matches remaining.

Tridents, in fifth on six points, now face a do-or-die clash with St Lucia Zouks, in fourth, at the Oval on Sunday evening at 6 pm, with the winner clinching a place in the playoffs.

Tridents had only themselves to blame, however, as yet another sub-par batting performance let them down badly.