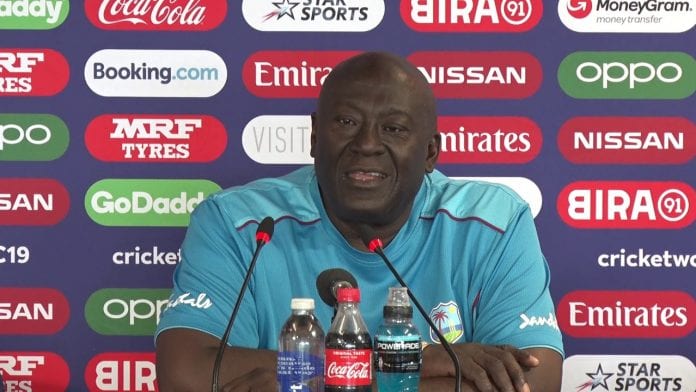 LUCKNOW, India (CMC) – Assistant coach Roddy Estwick has hailed the work of his bowlers but believes there is still much work to be done if West Indies are to become a major force again in the white-ball formats.

Speaking in the wake of the 2-1 defeat in the three-match Twenty20 series against Afghanistan last weekend, Estwick said it was important the Caribbean side continued to learn from their mistakes and improve, especially as they prepared for next year’s T20 World Cup.

“There’s lots of work to be done in all white-ball cricket. That’s an area we’ve been falling down,” Estwick said.

“Obviously the three-nil victory [in the ODI] series was very, very good. We played decent cricket. We started well in the T20s but we fell off a bit but we’ve got to keep learning from it.

The reigning T20 World champions, West Indies opened the T20 series with a 30-run victory but then suffered back-to-back defeats in the games following, to concede the series.

However, Estwick said he had taken some positives from the outing, one being the way West Indies had executed with the ball to restrict Afghanistan to manageable totals.

“A lot of the plans we put together, obviously the guys went out and executed and when you look at over the three games, the highest score scored against us was 156 … so we’ve got to be happy with that,” he pointed out.

“We’re not happy with the result because obviously it’s a team performance but overall from the bowling group I thought we did reasonably well.”

Estwick singled out seamer Kesrick Williams who bowled superbly to lead West Indies with eight wickets, and an excellent economy rate of just under six runs an over.

The 29-year-old Williams was returning for his first series in 17 months following a spell on the sidelines.

“Special mention must go to Kesrick Williams, obviously he is now coming back into the side after a period out of the side and I thought he was very, very good,” said Estwick.

“I thought he bowled good lines, good lengths and also good change of pace. Special mention must also go to Shai Hope who wasn’t originally in the squad [but] came in at the last minute because of injury to Denesh Ramdin and he got a fifty and he kept tidily as well.”

Estwick said it was important all players made the best use of the opportunities given them to establish themselves in the squad.

“You’re trying to look at as many players as possible and for me that’s the key thing – the opportunities given to players so you can see what they’ve got to offer, so you can formulate your plans so when you get to the World Cup you’re sure of your best XI and you’ve left no stone unturned.”