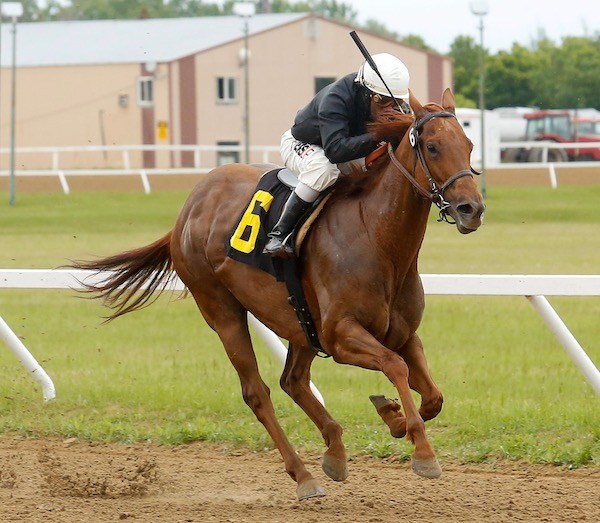 WINNIPEG, Manitoba  – Jamaican jockey Richard Mairs logged an impressive triple over the last weekend to overtake Alex Cruz at the top of the standings and create a tense finish to the season at Assiniboia Downs in Winnipeg, Manitoba.

Riding on the August 10 seven-race card, Mairs made it to the winners’ enclosure in race four when he scored with 3-1 chance Twisted Sensation, and won two of the last three races with success aboard 8-1 bet Mizzenhower in race five and 16-1 longshot Courageous in the day’s final race.

Mairs is now two clear of Cruz on 36 wins, with Barbadian Antonio Whitehall in third on 33 and another Jamaican Chavion Chow fourth on 27.

After finishing one from last in his only previous ride of the day in race one, Mairs came to the fore in a six-furlong sprint when he partnered three-year-old filly Twisted Sensation to a narrow victory by a head over the three-year-old and upward fillies and mares.

Mairs followed up immediately, carrying the four-year-old chestnut filly Mizzenhower to a 2-½ length trouncing of the three-year-old and upward fillies and mares over 5-½ furlongs.

Mairs then brought the curtain down on the program by combining with three-year-old bay gelding Courageous to get the better of the three-year-olds and upward by 1-½ lengths.