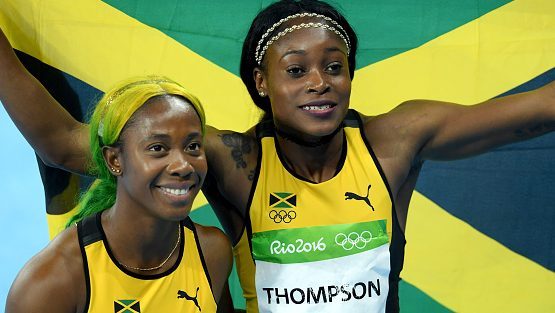 DOHA, Qatar – Jamaica has long been recognized as a powerhouse in the world of athletics by dint of its consistent performances relative to its size.

So as the 17th International Association of Athletics Federations World Athletics Championships begins at Khalifa International Stadium in Doha, Qatar, on Friday, Jamaica is strongly expected to rebound from the depression caused by the retirement of its greatest athlete, Usain Bolt, which culminated with a paltry medal haul of four last time out in London, England in 2017.

The tiny Caribbean nation may not equal or indeed surpass its record medal haul of 13, inclusive of seven gold, but one thing is undeniable and that is – this team represents the most balanced since the first edition in 1983.

During the halcyon days when Bolt ruled the ‘roost’, Jamaica was primarily ‘top dog’ on the track and more specifically in the sprints. However, for this particular 50-odd member squad, there is no denying that the team is far more balanced, as it is well represented – based on world-class performances in the sprints, including hurdles, the jumps, and the throws – with highly placed, world-ranked athletes in each area for the first time in the country’s history.

So the fact that Jamaica will be going into battle for the first time in 12 years with Bolt should not be a major concern, because there was indeed a time when Jamaica participated without him and did well, and so the time is now for Jamaica to move on and proudly embrace his legacy. Such is life.

Bolt’s retirement is an opportunity for someone to come forward and take up the mantle, not necessarily to be as outstanding as he was, but simply to lead the Jamaican charge against the world.

The athlete best positioned to achieve that feat is the 2015 Women’s 100m hurdles champion Danielle Williams, who, coincidentally, was almost thrown out of the meet be her own governing body, the Jamaica Athletics Administrative Association (JAAA).

But in the end, good sense prevailed and Williams, deservedly, earned her place, thanks to some scintillating performances over the summer, where she annihilated fields to establish herself as the most dominant athlete on the circuit.

However, as dominant as she might have been, and as favored as she is for gold, experience teaches us that the nature of obstacle events is of such that nothing is guaranteed, and she will have to execute efficiently and flawlessly at the meet to justify her favoritism.

Fedrick Dacres has been imperious in the discus, though Sweden’s Daniel Stahl continues to be the world leader.

The experienced pair of Elaine Thompson and Shelly-Ann Fraser-Pryce will carry the Jamaica hope in the women’s sprints, while Yohan Blake will be an underdog in the men’s equivalent.

Danniel Thomas-Dodd in women’s shot put is a medal contender, as is Shanieka Ricketts in the women’s triple jump.

With a little bit of luck, Jamaica could do well, very well, even. But if we are indeed a powerhouse in the world of athletics, as we are perceived, then we should deliver creditable performances whether Bolt is present or not. Pedigree is the most important, here, not just a fleeting moment of genius.