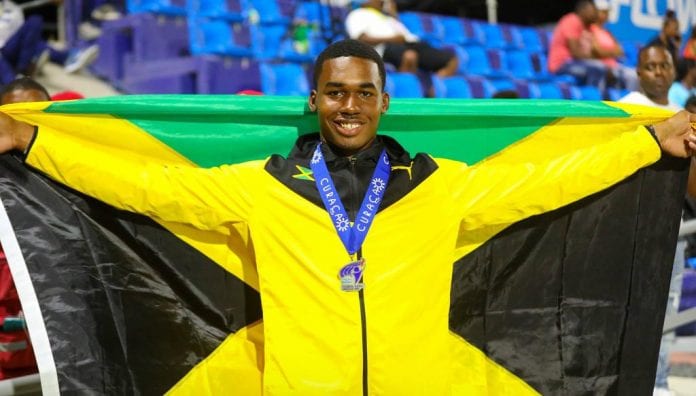 Lamara Distin of Texas A&M University and Roje Stona of Clemson University were the two highest-placed Jamaicans with second-placed finishes at the just concluded NCAA Division One outdoor track and field Championships at Hayward Field at the University of Oregon in Eugene on the weekend.

Distin registered a personal best 1.90m to claim silver in the high jump on Saturday, while Stone, the former St Jago High School athlete, threw a personal best 61.94m for the runner-up slot in the discus throw on Friday.

The event was won by Turner Washington of Arizona State who claimed gold in the shot put earlier in the day.

Meanwhile, Ackera Nugent of Baylor University and Andrenette Knight of the University of Virginia claimed bronze medals in the women’s 100m hurdles and the 400m hurdles, respectively.

Nugent clocked 12.84 seconds (0.4m/s) as Ann Cockrell of the University of Southern California won both the 100m hurdles and the 400m hurdles as well. Nugent also contested the 100 final, a few minutes after but she was well beaten into 9th place in 11.37 seconds.

A total of 33 Jamaican athletes from 21 universities contested individual events at the meet which lasted four days. The men competed on Wednesday and Friday, while the women were in action on Thursday and Saturday.

On Friday Phillip Lemonious of the University of Arkansas ran a personal best 13.39 seconds (-0.6m/s) to finish third in the 110m hurdles.

The former Jamaica College star was just 0.07 seconds outside the Olympic qualifying standard.