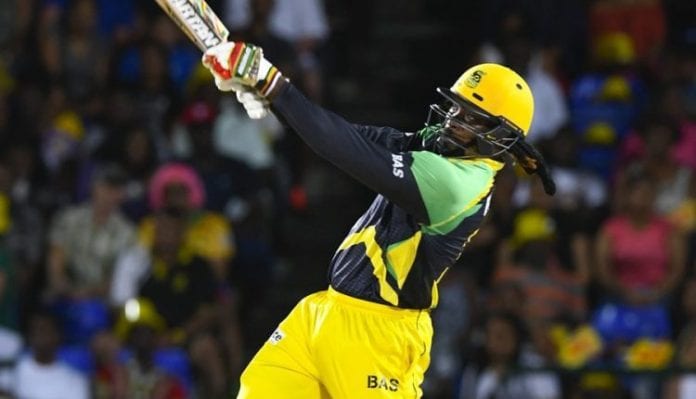 CASTRIES, St Lucia – T20 specialist Chris Gayle will be suiting up for the St Lucia Zouks in the 2020 Caribbean Premier League (CPL), after being released by his home franchise, the Jamaica Tallawahs.

The franchise announced last Wednesday that it has signed the 40-year-old as its marquee player for the eighth edition of the tournament that is scheduled to begin in August if it is not affected by the COVID-19 pandemic.

Gayle, who is the leading T20 run scorer of all time – having made 2,344 runs at the CPL – played for the Tallawahs in the first four seasons, leading them to their first title in the first edition of the CPL in 2013 and their second triumph in 2016, before captaining the St Kitts and Nevis Patriots for two years. He rejoined the Tallawahs in 2019.

The announcement of the big hitter’s move came a day after Zouks disclosed that Daren Sammy would return as the team’s captain this season.

Commenting on Gayle joining his squad, Sammy said it was “great news for St Lucia Zouks and for me as a captain to have the universe boss on my side”.

“Chris is one of the most successful T20 batsmen in the world and with his experience with our young openers, a lot can be learnt from Chris,” he said of the man who has amassed the most centuries in the format.

“I welcome him to the Zouks franchise. Chris will be in St Lucia and the fans will be happy that Jamaica has released him. I will have a motivated Chris Gayle looking to prove a point that he is one of the leading T20 batsmen in the world. I can’t wait for CPL 2020 and hopefully the Coronavirus will be under control and we can have an exciting T20 tournament. Welcome home, Chris Gayle!” Sammy added.

Zouks coach Andy Flowers was also excited about the addition of the veteran cricketer to his side.

“I have got a long association with Chris running all the way back to his debut Test match in Trinidad back in 2000. I’ve seen his exploits in all three forms of the game and I am really looking forward to working with him and Daren Sammy toward a special year for St. Lucia cricket,” he said.

The CPL is currently set for August 19 to September 26, but organisers are keeping an eye on the COVID-19 pandemic and liaising with medical advisors and governments to determine if play will go ahead.

Chief operations officer, Pete Russell, has said there is a possibility the tournament could be played without international players and using only a few stadiums as venues to mitigate against widespread contact.

In addition to the Zouks, Tallawahs and Patriots, the CPL will see the participation of Trinbago Knight Riders, Guyana Amazon Warriors, and defending champions Barbados Tridents.