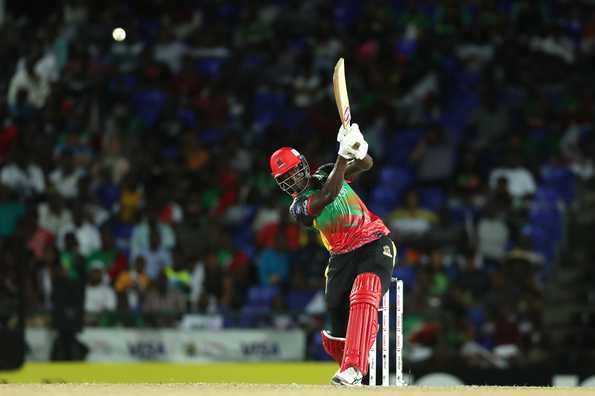 The major changes to the franchise’s setup were announced last week in a statement which said it had retained six of its 2019 CPL players from the Caribbean, and signed Ramdin who was transferred from Trinbago Knight Riders after four years with his home franchise, during which time he helped them win the 2017 and 2018 titles.

International retentions and signings are expected to be announced at a later date.

With the departure of former West Indies T20I skipper Brathwaite, who was among Patriots’ leading run-getters during his time with the franchise, 39-year-old allrounder Emrit will serve as captain.

Speaking about his appointment as captain, Emrit said he was “very excited to be part of the St Kitts & Nevis Patriots for a second season”.

“I think that the team that is selected this year is going to be a very exciting one. I am very excited to be named as captain. It’s always an honour and a privilege to lead a franchise. Our new coach, Simon Helmot, knows the CPL and he knows how to win titles. He and I are going to work very hard to get the team to the finals,” he added.

The eighth staging of the CPL is set for August 19 – September 26, but with the spread of COVID-19 leading to postponement and cancellations of sports across the globe, it is unsure whether the event will go ahead as planned.

CPL organisers say they are watching the global pandemic closely and are liaising with medical advisors and governments to make a decision on the tournament as soon as possible.

Along with Patriots and TKR, the other teams set to compete this year are Guyana Amazon Warriors, St. Lucia Zouks, Jamaica Tallawahs and reigning champions Barbados Tridents.