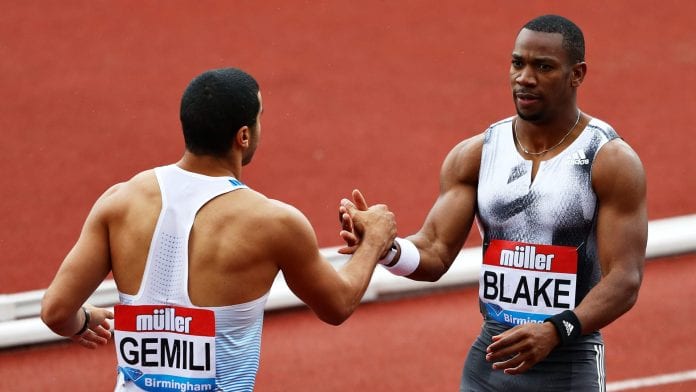 LONDON – Several Caribbean athletes continued to look impressive in track and field events as the IAAF World Championships in Doha draw near.

Taking their place on the winners’ podium at last weekend’s Muller Grand Prix Diamond League in Birmingham, England were Bahamian Shaunae Miller-Ubio on the women 200 meters, Jamaicans Omar McLeod in the men 110-meter hurdles, Danielle Williams in the women 110 meters hurdles. Yohan Blake in the men 100 meters and Akeem Bloom field in the men 400 meters.

McLeod’s win was very significant as the defending 100m World Championship hurdler has been struggling to find his form this season. McLeod, who recently changed coaches and is now based in Florida under the guidance of coach Rana Reider won the event at the Birmingham event in 13.21 seconds to beat American Freddie Crittenden and China’s Xie Wenjun. After winning the race McLeod said he is determined to successfully defend his 100m hurdles championship in Doha.

Blake, who was edged in the semis, won the 100m final in 10.7 secs in a blanket finish with the entire field separated by 100th of a second. He had the same time as second-placed Adam Gemili of England, while Pan American Games champion Michael Rodgers was third in 10.09 seconds.

Bloomfield followed up his 400m win in London in July with another win in 45.04 seconds, comfortably ahead of the American Obi Igbokwe (45.53secs) and Great Britain’s Matthew Hudson-Smith (45.55secs).

Bahamian Shaunae Miller-Uibo extended her two-year unbeaten run in the 200m in a time of 22.24 seconds (0.4m/s) coming from well behind in the last 60 meters to leave British sprint queen Dina Asher-Smith in second place in 22.36 seconds, and Jamaican and Pan-Am Games record holder Shelly-Ann Fraser-Pryce, who came out of the blocks very slow, third in 22.50 seconds.