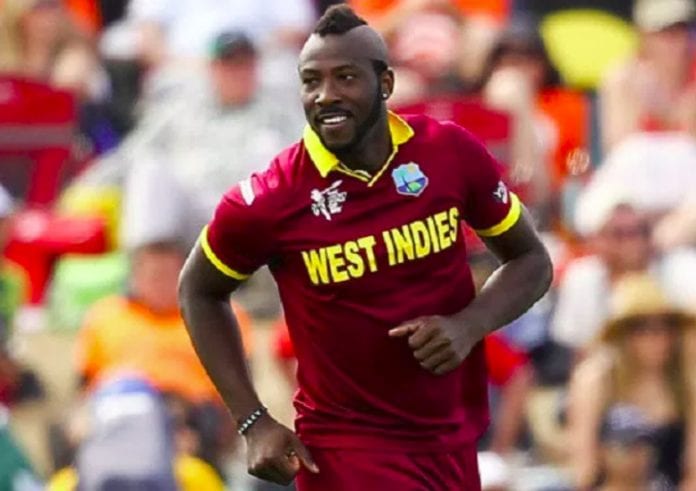 Bravo, who has captained the West Indies in all formats, spoke highly of the Jamaican on the I95.5 FM’s ISports radio show here.

Russell, widely regarded as one of the most powerful strikers of the ball in limited-overs cricket, was a key figure in the Caribbean side’s sweep of the two-match T20 series against Sri Lanka earlier this month.

In the first match at Pallekele International Cricket Stadium he put 35 runs on the board, before hitting an explosive 40 not out to help West Indies to a seven-wicket win in the second match at the same venue.

“He’s the best in the world and we’re happy to have him in our team,” said Bravo.

“It’s the same thing I used to say about Chris Gayle — we are happy to have someone like Gayle representing us, we don’t have to come up and bowl against him in an international match. I think it’s the same with Andre Russell. Andre Russell now is our Chris Gayle, is our Brian Lara in the T20 format. He is a superstar, he’s the best player and we are happy.”

The 32-year-old Russell is one of the most sought-after players in T20 cricket. He has the highest-scoring rate in the format, at 10.92 runs per over.

Bravo, who was a member of the winning squad for the Sri Lanka series, was also impressed by some of the other players. He said it felt good to be part of a team with so much young talent, even if it meant he had to be far down the batting line-up.

“And putting all egos aside, I’m happy with that because at the end of the day, I accept the fact guys like Rovman Powell and Fabian Allen and [Shimron] Hetmyer and these guys [have] the talent and the ability to hit the ball. I’m just happy to be like that father figure, mentor, guide, to allow these young boys to go out there and showcase their talent to the world and keep guiding them.”

The right-handed batsman and right-arm medium-fast bowler said the T20 squad had gone into the Sri Lanka series with a mission, which he believes they accomplished.

“Prior to that, we weren’t really consistent as a team over the years in T20 cricket. With the three-nil loss in the ODI series [against Sri Lanka in February], the T20 guys had a chat among ourselves along with the management staff and we made a pledge that…we want to start back winning series, we said we want to start back being the most dominant team in the T20 format,” he recalled.

“We have produced some of the best players in the world single-handedly and when we are together in the same team we have to stamp our authority…and just to get back the cricketing world to respect West Indies cricket again and especially West Indies T20 team….and that’s what we did.”