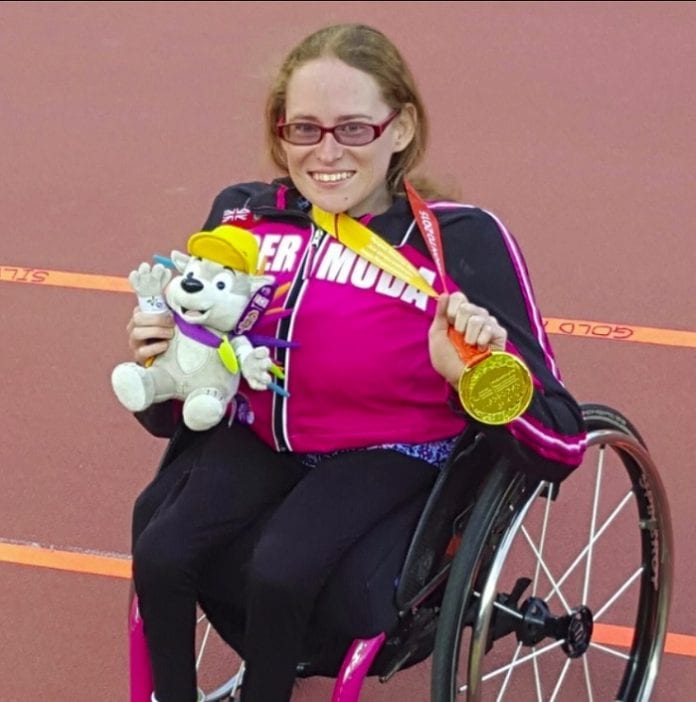 LIMA, Peru, CMC – Bermudian wheelchair sprinter Jessica Lewis made a scintillating start to the Parapan American Games on Saturday, storming to victory in the women’s T53 400 metres final ahead of two Americans to win gold.

Lewis executed the perfect race, making a flying start and finishing in a time of one minute, 05.95 seconds, a second faster than Yen Hoang, of the United States, who came second in 1:02.95. Kelsey Le Favour, of the US, placed third in 1:02.97.

Lewis is eyeing a sweep of medals in all three of her events in Lima and will return to action in the 800 final on Monday.

“It’s such an honour to bring home a gold medal again to Bermuda,” said Lewis, the reigning Parapan Am T53 100 champion.

“I felt like I had a great chance of winning the race, but I knew that it was going to be a fight with the US girls. I am quite thrilled that I managed to be that far ahead of them.”

The gold medal represents a major breakthrough for Lewis, as she has often struggled for sustained power at the longer distances and believes her switch to a harder pair of gloves has made a huge difference.

“I have transitioned into using the hard gloves which have definitely helped me get stronger in the longer-distance events,” she added.

“I had the best start I have ever had in these gloves, so everything just came together for the race.”