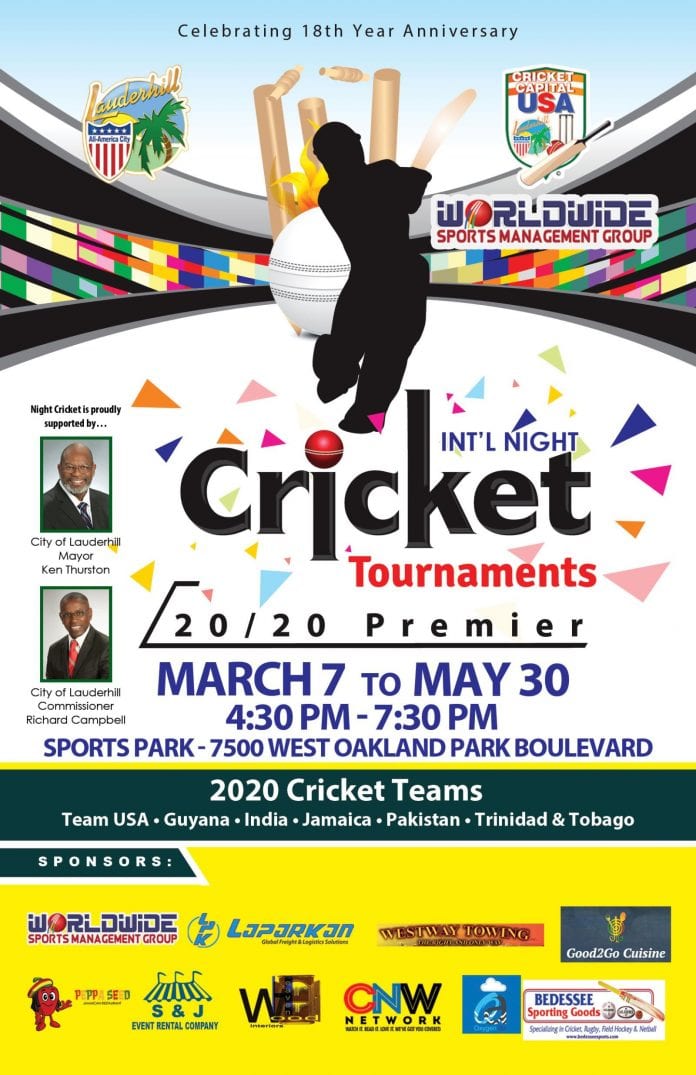 Cricket teams from the United States, Guyana, India, Pakistan, Jamaica and Trinidad and Tobago will battle it out in a series of matches (played in the evening and night) until the final game that will decide the winner of the tournament on June 6.

2020 is the 18th Year Anniversary Celebration of the tournament. CNW NETWORK is a proud sponsor of this event.

View the schedule of the tournament below: 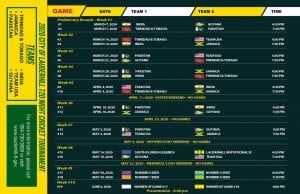