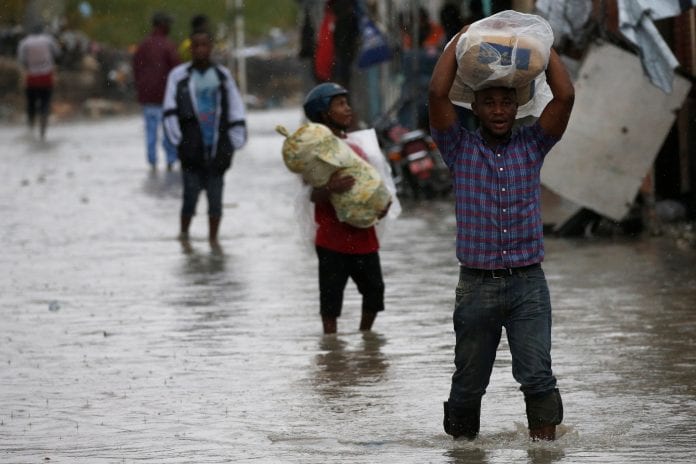 At least five people were killed and one other missing as torrential rains caused fresh flooding in Haiti still recovering from the ravages of Hurricane Matthew earlier this month.

On Friday, the Civil Protection Agency said the victims were in Haiti’s northwestern Nord-Ouest department, where several rivers overflowed their banks.

The rains came more than two weeks after Hurricane Matthew hit the country on October 4 killing more than 400 people and causing widespread destruction mainly in the southern areas of Les Cayes and Jeremie. A number of people are still unaccounted for and officials fear the death toll will rise significantly. The rains are preventing relief organisations including the Barbados-based Caribbean Disaster Emergency Management Agency (CDEMA) from carrying out their operations in some of the most affected areas.