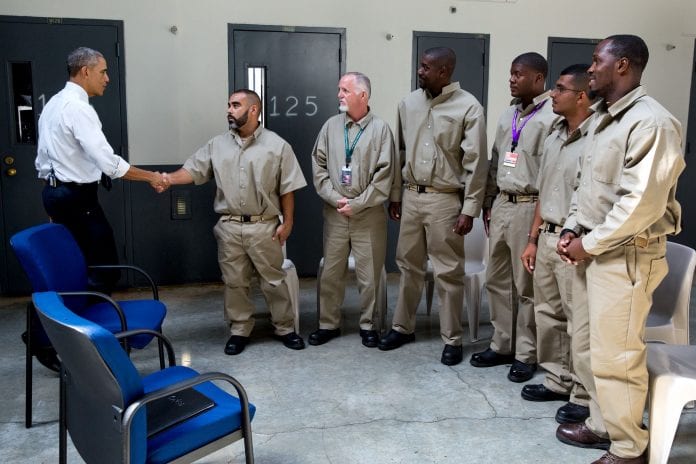 Three South Floridians were among the 42 Americans whose prison sentences were commuted last week by President Barack Obama. Most of the individuals will be released from prison on October 1. All the prisoners were serving sentences for non-violent drug offenses.

The move is part of the Obama administration’s ongoing efforts to push reform for the nation’s criminal justice system. Obama has commuted the sentences of 348 prisoners during his two terms, more individuals than the past 7 presidents combined.

The prisoners were sentenced “under outdated and unduly harsh sentencing laws,” said a statement from the White House. “The individuals receiving a presidential commutation have more than repaid their debt to society and earned this second chance…The president remains committed to using his clemency power throughout the remainder of the Administration to give more deserving individuals that same second chance.”

The three South Floridians include Darran Lamar Moore, of Miami, who was imprisoned for life in 2005 for owning and intending to distribute cocaine. Ronald Gregory Farah, of Boca Raton was sentenced for life in prison in 1997 for smuggling and distributing marijuana. Ronald Glinton of Boynton Beach has also been serving a life sentence since 1993 for a variety of cocaine charges, including intent to distribute, conspiracy to manufacture and possession.
Members of South Florida’s legal fraternity have spoken out in support for the commutation.
“None of these men or women committed any violent crime, injured or killed anyone, and most have served over 20 years,” says Miami Legal Aid attorney Manuel Bayliss. “Nine of the Floridians were serving life sentences, which are too harsh non-violent crimes. My fervent hope is the next president will follow Obama’s lead in trying to implement a fairer and merciful judicial system.”
Since taking office in 2008 Obama has sought to lower the sentences for some crimes, including drug related crimes. Before leaving office in 2015 Attorney General Eric Holder had sanctioned reduction in sentences for minor possession of drugs, including marijuana.
The White House statement also urged for legislative reform to address the life sentences for non-violent offenses.
“There remain thousands of men and women in federal prison serving sentences longer than necessary, often due to overly harsh mandatory minimum sentences,” said the statement. “That is one reason it’s critical that both the House and the Senate continue to cooperate on a bipartisan basis to get a criminal justice reform bill to the President’s desk.”