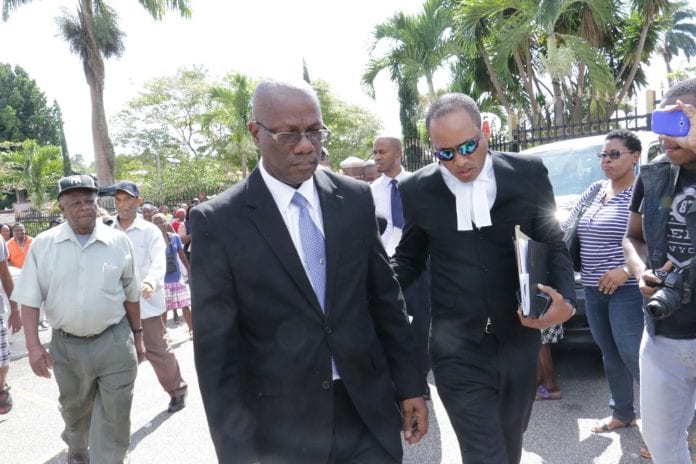 Church and policemen are the main sex offenders against minors- CISOCA

In the wake of reports concerning clergymen who were charged with having sex with a female when she was 12 and 14 years old; the head of the Centre for Investigation of Sexual Offences and Child Abuse (CISOCA), Superintendent Enid Ross-Stewart, on Wednesday told a committee of Jamaica’s Parliament that pastors and policemen are among the main perpetrators of sex offences against children.

“We have constantly arrested high-profile members of the society, and, in particular, the Church. The Church and policemen are really our two highest, high profile persons. The church and police. Yes, my colleagues,” Ross-Stewart told a joint-select committee of Parliament that is reviewing Jamaica’s sex laws.

Gender Affairs Minister Olivia Grange, was not amused. “It’s distressing but not surprising,” she said.

Interestingly while Ross-Stewart was making her report in Parliament cops from CISOCA arrested and charge yet another clergyman from the Seventh Day Adventist church for alleged sex offences against an underage female.

The CISOCA head said that last year, her office received 1,094 reports of alleged sexual intercourse involving underage persons. Of that number, 664 reports came from Kingston. Most of the perpetrators were adult men. However, Ross-Stewart did not give much data on the number of cops and gospel preachers implicated in the sex offences. She lamented that the conviction rate was among the lowest compared with other categories of sex offences.

Meanwhile, there was yet another development in the scandal that has been rocking the Moravian Church in Jamaica and the Cayman Islands when on the same day the accused – Dr. Paul Gardener, the former president of the Church and Revered Jermaine Gibson – a former deputy president, dropped a threat of a lawsuit against the alleged victim.

Gardner and Gibson made the decision when they appeared in court in the central parish of Manchester.

The two were arrested by cops from the CISOCA on January 20 and slapped with carnal abuse charges.

However, Gardner denied the allegations, stating that he would clear his name.

Both were held after the female, who is now an adult, made complaints against them to the police and were ordered to return to court February 8.