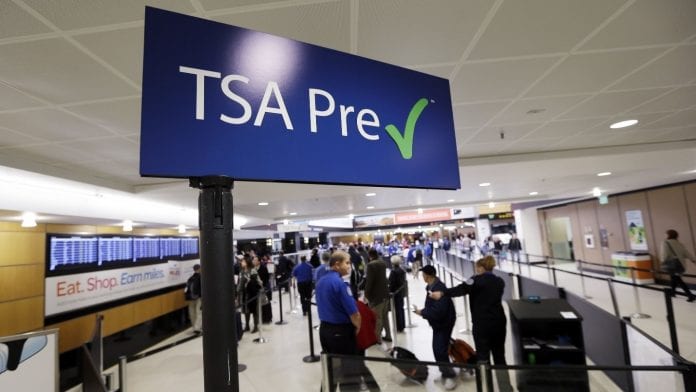 WASHINGTON, United States (CMC) — The United States has announced new policies that would prohibit residents in New York, including Caribbean nationals, from applying for or renewing special travel programmes, known as Trusted Travel Programmes, that allow travelers to pass quickly through airport security and customs.

The US Customs and Border Protection (CBP) agency said that, effective immediately, residents of the State of New York will no longer be eligible to apply for or renew membership in its Trusted Traveller Programmes “due to state legislation that restricts CBP’s access to certain criminal history information maintained by the New York Department of Motor Vehicles (DMV)”.

In addition, CBP said the Vehicle Exports programme will be affected.

“Vehicles titled in New York may be de-prioritised for export, as resource limitations require, when supporting documents cannot be authenticated through information sharing with New York DMV,” CBP said in a statement.

New York passed its so-called Green Light law last year which allows New Yorkers over the age of 16 to apply for non-commercial driver’s licenses or learner’s permits regardless of their citizenship or legal status in the U.S. That law also prevents Immigration and Customs Enforcement and Customs and Border Protection from accessing information in the state’s Department of Motor Vehicles database without a court order or a judicial warrant.

CBP Acting Commissioner Mark Morgan said “nothing is more important than the safety of the United States and our citizens, and the New York Green Light law makes us less safe and shields criminals.

“When states take negative measures that hinder our ability to protect our great country, we must respond. New York residents will no longer be eligible to apply for or renew membership in CBP Trusted Traveller Programmes, and CBP will cancel all pending Trusted Traveller Programme applications submitted by residents of New York. Refunds will be processed automatically.”

He said that New York residents who are currently enrolled in the programme will retain their benefits until their memberships expire.

Meanwhile, New York Governor Andrew Cuomo announced that the state will sue the Trump administration over its decision to bar New Yorkers from enrolling these programs.

“It’s an abuse of power. It’s extortion. It is hurting New Yorkers to advance their political agenda and we’re going to fight back,” Cuomo, a Democrat, said at a news conference on February 7.